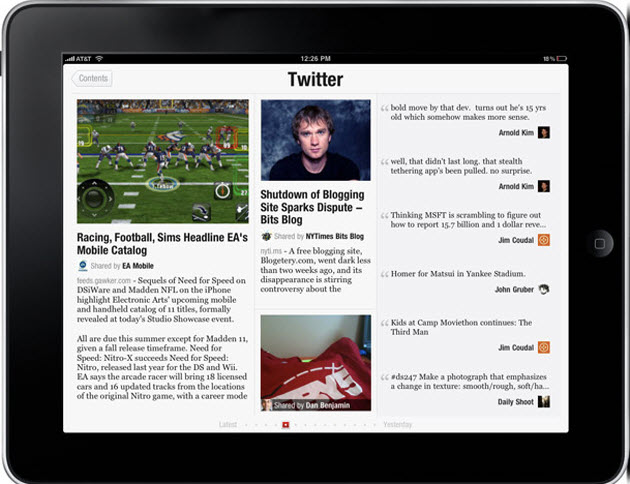 A cool iPad app can go a long way these days. Flipboard, maker of a beautiful app for viewing social media, announced today that it has raised $50 million in venture funding at a $200 million valuation, according to BoomTown.

Palo Alto, Calif.-based Flipboard’s app uses a book’s page-turning metaphor. The app makes it much easier to browse through a variety of social and online media by pulling together diverse streams and reassembling them as a single stream that is easy to navigate with a touchscreen.

“We’re obviously thrilled, because we think [the funding] confirms our focus that people want a beautifully designed way to interact with content and to share it,” Flipboard chief executive Mike McCue told BoomTown.  “And there is a lot more to come–on a scale of one to 10, we’re just at a two or three.”

McCue co-founded Flipboard in January 2010 with former Apple iPhone engineer Evan Doll. They debuted Flipboard in July. The company has 32 employees and plans to expand to around 50. Flipboard will also use the money for international expansion, small acquisitions and more product development. The next product will be for the iPhone and then the company will do a Google Android mobile app. Rivals include Pulse and Zite.