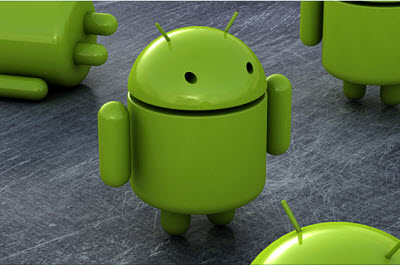 That shows Google is getting good traction for Android and that users are becoming more adept at installing apps to use with their smartphones and tablets.

By comparison, Apple reported that it hit its 10 billionth download for iOS (iPhone, iPad, and iPod Touch) apps in January, compared to hitting its first billion in April 2009.

It took Google 20 months to hit its first 1 billion installs on Android, then five months to hit 2 billion. Google also said that app installs are up 50 percent compared to the previous quarter.

Android is now seeing 350,000 device activations per day and more than 500,000 advertisers are using the click-to-call ads, where users can dial a number embedded in the ad. Advertisers say they see their mobile click-through rate increase 11.5 percent when they run a mobile-only campaign. Google’s Jeff Huber, senior vice president of commerce and local, said on the earnings call that the market for Android devices is strong in the U.S., Japan, South Korea and Europe.