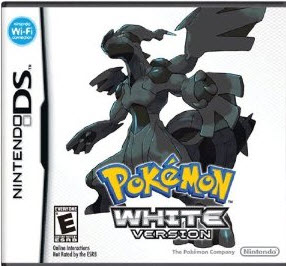 Overall video game sales in U.S. retail stores weakened in March despite the launch of Nintendo’s new handheld 3DS system at the end of the month.

Market researcher NPD reported total March sales of console, portable and PC game software and hardware fell 4 percent to $1.53 billion from $1.58 billion a year ago. Total console and handheld game software and hardware sales were $1.47 billion, down 4 percent from $1.53 billion a year ago. It shows that, despite some new hits, standard video games are still struggling to keep growth high even as consumers start to spend money again in the economic recovery.

On the other hand, the weak retail sales may be masking the true growth of the video game industry, as the numbers don’t include digital sales of games. Those include online games, social games, used games, subscription games, rentals, and smartphone and tablet games. NPD measures those sales about once a quarter.

“We recently completed our estimate of the total consumer spend on the games industry in the U.S. for 2010 including both physical and digital format sales,” said Anita Frazier, analyst at NPD. “We found that increases in some digital forms of content distribution offset the declines in new physical retail sales of software.  2010 saw a consumer spend on games content of $15.9 billion, which was essentially flat (down less than 1/2 of 1 percentage point) to 2009.”

She added, “While new physical sales of video game hardware, software and accessories are down 1% in the first quarter of 2011, the trends we’ve measured with regard to growth in digital formats like full game and add-on downloads, microtransactions, mobile apps and social network gaming will likely result in net industry growth when we release our full measure of the first quarter consumer spend on games in June.”

Video game hardware sales were up 12 percent to $494.5 million from $440.6 million a year ago. The 3DS launched on March 27 and NPD included seven days of retail 3DS sales in this month’s results. The 3DS sold about 100,000 fewer units than the DS did during its launch month in 2004, but the DS had the advantage of launching in the holiday time frame and was $100 cheaper. Because the 3DS sells at $249, it generated more revenue for Nintendo than the original DS did. The 3DS also has more competition in the form of smartphones and tablets now. The best-selling hardware in the month was the DS, not the 3DS.

Microsoft’s Xbox 360 and Sony’s PlayStation 3 both saw unit sales increases over March 2010. Microsoft said it sold 433,000 Xbox 360 units in March, holding the No. 1 position in the U.S. Those sales were up 28 percent from a year ago, and overall spend on the Xbox 360 goods was $457 million, higher than any other console platform. Sony only said it saw double-digit increases of hardware and accessory unit sales combined.

Video game software (including console and portable games only) fell 15 percent to $790.9 million from $928.3 million a year ago. Nintendo’s Pokemon White game for the DS was the top seller of the month, followed by Pokemon Black. The next most popular titles were THQ’s Homefront, Electronic Arts’ Dragon Age II, and Activision Blizzard’s Call of Duty Black Ops.

Lego Star Wars III from LucasArts was No. 6, EA’s Crysis 2 came in at No. 7, Take-Two Interactive’s NBA 2K11 was No. 8, Take-Two’s MLB 11 The Show was No. 9, and EA’s Fight Night Champion was tenth. The Pokemon titles combined broke the previous record of Pokemon Silver and Gold set in 2000.

“New physical retail software sales declined significantly, and despite the great success of the Pokemon [titles], software sales last year were marked by several marquee titles including Final Fantasy XIII, Battlefield: Bad Company 2 and God of War 3 which were all million plus unit sellers in March 2010,” Frazier said.

Accessory sales were $241.3 million, up 13 percent from $214.3 million a year ago. The top-selling accessory was the $20 PS 3 network card, which can be used to buy downloadable content on Sony’s platforms.