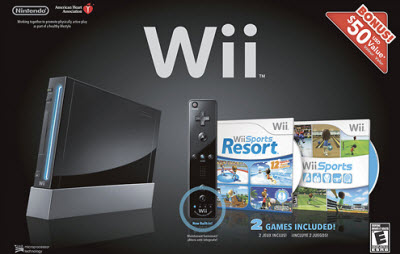 Although scheduled for May 15, the Nintendo Wii price cut is already in effect at Best Buy. The retailer is now selling the console for $169.99.

The Japanese game company has ruled this product generation of consoles with a majority market share ever since it launched the innovative motion-sensing Wii controller and its system in 2006. Because of that popularity, Nintendo has been much slower to cut prices on its console in this generation.

This is the first price cut since September 2009, when Nintendo cut the price from $249 to $199. Target is rumored to be cutting its price on Monday.

And this will likely raise speculation that Nintendo plans to announce a new console to replace the original Wii at the E3 trade show in June. The rumored price cut was to sell the console for $149, so the $169 price is a bit of a surprise.

With a cheaper and more innovative console, Nintendo stole the No. 1 position from Sony. To date, Nintendo has sold around 86 million Wiis, compared to 53 million Xbox 360s and 49 million PS 3s. Nintendo has also dominated in handhelds, selling 147 million DS units versus 67 million PlayStation Portables.

Now we’ll see if Sony and Microsoft respond with their own price cuts.

It’s natural for the console makers to cut prices over time. The machines are expensive at the outset, since the designers cram as much new technology into them as they can. Sony and Microsoft did this so much that they sold their initial machines at a loss, hoping to make up for that with game sales. Nintendo, on the other hand, has usually priced its hardware to make a profit.