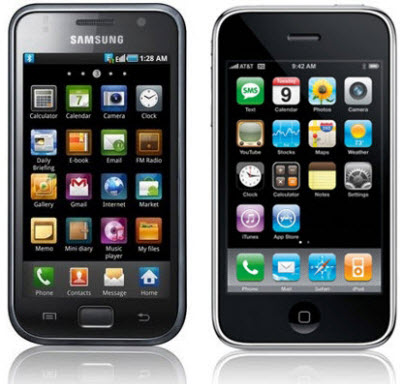 The suit was filed on Friday in the U.S. District Court in Northern California, alleging patent and trademarket infringement and unfair competition. Apple is seeking injunctions and damages. The lawsuit is one of many between different makers of smartphones and tablets.

Apple’s spokesperson told Mobilized, “It’s no coincidence that Samsung’s latest products look a lot like the iPhone and iPad, from the shape of the hardware to the user interface and even the packaging. This kind of blatant copying is wrong, and we need to protect Apple’s intellectual property when companies steal our ideas.”

Samsung said it would fight Apple in the courts to protect its own intellectual property.

The scary thing for Apple is that Samsung is a major contract manufacturer of chips for Apple’s devices. It makes the A4 and A5 series of chips that Apple designs for its iPhone products.

Apple is also locked in patent litigation with Nokia and HTC. Microsoft is suing Motorola, and  Oracle is suing Google. Apple says that Samsung’s Galaxy phone copied everything on the iPhone from the core technology to the screen icons and the hardware shape. Apple also said the Samsung Galaxy Tab computer tablet copies Apple’s iPad tablet, with a rectangular design, rounded corners, black border and icons.