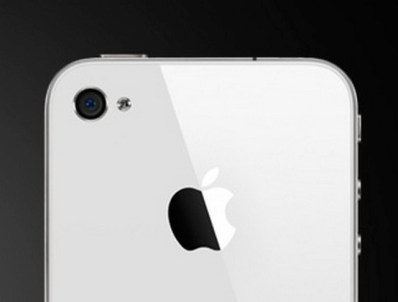 Here’s the latest round of iPhone gossip: The iPhone 5 may pack an 8 megapixel camera, dual-network antenna, and minor redesign, AppleInsider reports.

Meanwhile, it appears that the fabled white iPhone 4 was up for order this morning in the UK, according to Recombu.

The iPhone 5 info comes from supply chain sources who spoke to analyst Ming-Chi Kuo with Concord Securities. The sources confirmed many of the rumors we’ve been hearing for some time. Sony CEO Howard Stringer let slip a few weeks ago that Apple was likely using its new 8MP camera sensors for the iPhone 5 (the iPhone 4 has a 5MP camera). An 8MP camera is also far more plausible than Apple bringing out a 3D camera in the iPhone 5.

Past rumors have also hinted that the phone would support both GSM and CDMA networks — meaning a single model can work across both AT&T and Verizon.

Kuo’s sources said that the iPhone 5 won’t be that different from the iPhone 4 design-wise. They also mentioned that mass production for the device won’t begin until September, which gels with a previous analyst report from last week.

With so many sources predicting a fall launch for the iPhone 5, Apple fans should indeed be prepared for a long wait.

As for the white iPhone 4, Recombu discovered this morning that the carrier Three UK had a unit up for sale for £159 with a two-year contract. Three apparently had the white iPhone 4 product page up for some time, but today was the first time that it was actually available for order. Recombu contacted Three UK reps who confirmed that the deal is indeed real, although it seems to have hit the web a bit prematurely.