(Editor’s note: Danny Wong is the co-founder of Blank Label Group. He submitted this story to VentureBeat.)

Retargeting is a marketing manager’s dream. 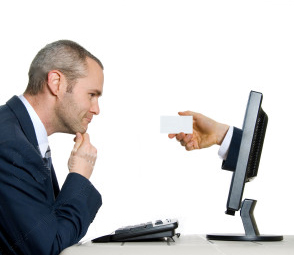 The process, in a nutshell, makes it easy to tag visitors with a tracking cookie allowing them to see ads for you company wherever they might roam across the Web (well, as long as those sites are within the media networks partnered with your retargeting provider).

It is, admittedly, a form of ad stalking. And done poorly, it’s one that’s obvious to customers. But done the right way, it can be effective. Here are five tips to making retargeting work – without using services like AdRoll, Retargeter or Google

Sponsoring their communities – If you have a good idea on who your target audience is and know all the cool spots they hang out, fill those spaces with just enough of your presence.

Think of it like this: Let’s say you’re a maker of car stereos and you know of a random blog that’s popular with your users. You convince that site to do a positive feature about your business – and thousands of visitors flow in. Only a few of those may buy, but the rest are customers that can be converted later.

You certainly don’t want to leave those sales up to chance. So, an ad campaign on that blog makes sense – one that’s omnipresent without being overwhelming. From there, extrapolate. You may know that those same car enthusiasts love to scroll through a particular forum, so you can sponsor threads about car radios, and get interactive with forum participants (without being spammy). Next, sponsor the channel of a popular YouTube video blogger who talks about cars – or create your own videos and make it a sponsored video to show up, available for watching, whenever someone’s watching other videos related to cars.

The point is, know your audience and where they spend their time. Just know it a little better than the competition.

Email marketing – One of the best forms of marketing today is email marketing, because you’ve captured an audience that’s interested in what you’re offering. That direct means of communication is cheap and effective.

Customers who sign up for your newsletters, marketing announcements and such are more likely to jump on new products and designs, but do more than sell in these mailings. Educate customers about how to use your products and give them special offers. Better yet, follow up about their purchase (assuming you’ve converted them to customer status) – and recommend other products that might compliment what they’ve bought.

The Twitter connection – If a visitor is interested enough to connect with you via a social network, reach out to them – and not just superficially. If executed properly, this random act of friendliness can be exceptionally powerful. It’s easy to sound like you gave a forced tweet, just to say hello, but if you engage them in real conversation, it personalizes the relationship, which builds loyalty. For example, if you’re following a random tweeter who @replied you once, but just tweeted about the earthquake in Japan, you can talk about the amazing efforts going on there right now that tweeter may not have heard of. Also, adding in a bit of humor is useful (though, um, not about the earthquake, obviously)

Repeat features – Print and web publications have some of the most loyal followers, with some readers reading every word or visiting many times per week (or even day). Therefore, it’s in your best interest to try to get editorial features in the same outlets several times.

They act as trust-builders with that audience, since an unbiased outlet is judging your product. Of course, this is easier said than done because some publications have strict editorial policies that won’t mention a company or its product again for a certain time period after it first appears. Your company may just not be that interesting. But if you can overcome those hurdles, you are in great position to retarget their community.

Write a guest post for an outlet that has written about you – If you’re short on marketing dollars and can’t afford to advertise everywhere, you can leverage your expertise and knowledge to get the visibility you want. Going back to the blog example above, if you authored a post about customizing car radios on the site that gave you positive press, it creates the image of you as a thought leader in the space. That street cred can translate into sales, since you’ve proven that you actually know useful things about your industry. And that helps potential buyers remember you when they’re ready to spend.