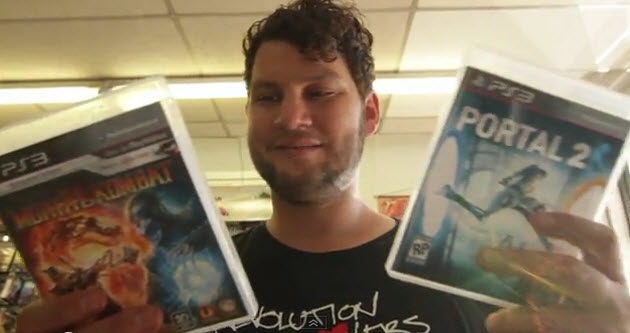 Today saw the launch of two major video games, and they make up a tale of two gamers. Portal 2 is a thinking person’s shooting game, meant for people who like to solve puzzles and outsmart rivals in an action game. Mortal Kombat, on the other extreme, is a twitch game, where you have to mash buttons as fast as you can to defeat your enemy. 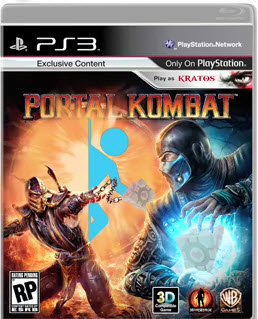 The two game launches show how very different game audiences can be. This “Portal Kombat” video from The Country Club illustrates the duality that lies within most dedicated gamers. I’m one of those people who could enjoy both games at different times. The fact that the two games launched today is a rare test in the market over what appeals more to hardcore gamers. Both have the potential to be runaway hits selling millions of units.

Mortal Kombat is a fresh retelling of one of the most violent video games every created. The original game from 1992 was considered so violent that members of Congress such as Joseph Lieberman and Herb Kohl denounced the it and considered laws to ban such violent fare to stop it from falling into the hands of children. That kicked off one of our nation’s longest culture wars that should come to a head this spring as the U.S. Supreme Court decides the fate of a California law that made it a crime to sell mature-rated games to minors. The hardcore fighting game featured the ability to grab an opponent’s heart and rip it out of his or her chest. That’s relatively tame compared to what you can do in the game today with signature “finishing moves” to kill your opponent.

By contrast, Portal and Portal 2 are tame. In these games, you play around with physics to solve puzzles. You can shoot an entry portal into a wall and an exit portal into another. When you enter into the first portal, you disappear and come out of the second portal. This leads to all sorts of cause and effect puzzles that you must solve as you evade the murderous artificial intelligence, GLaDOS. The new Portal 2 is four times longer than the original and has all of the big budget and marketing polish that the original indie game never had. Portal 2 is all grown-up, with a real marketing campaign behind it, but it may not be able to defeat the more visceral Mortal Kombat for the attention of gamers.

When I feel like beating the living daylights out of some digital bits on a screen, I’ll play Mortal Kombat. Who cares if it’s the most crass creation that game developers can come up with? Every now and then, don’t we all want to see visuals like grabbing someone’s head, pulling it to our knees, and watching the bones of its skull crack in slow motion?

But when I want to be the wise old gamer, I will support Portal 2, remembering the indie roots of the original Portal, the game that was created by students and then turned into a mass market cult hit by Valve.

Which game will sell the most units? It will be an interesting struggle between the Dark Side and the, uh, Luke Skywalker side. The soul of gamers is up for grabs. Which game do you think should be the blockbuster of the month?

Which game are you hoping will sell more? Please take our poll.