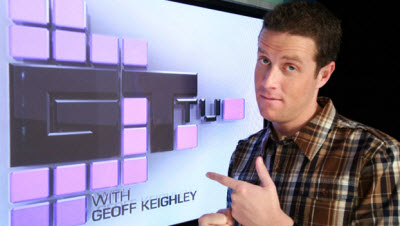 Geoff Keighley is a well-known game journalist who hosts the show Game Trailers TV with Geoff Keighley on Friday nights on Spike TV. He has written a 15,000-word story on The Final Hours of Portal 2, but he published it in a very non-traditional way.

Keighley’s story will be available to readers as a $1.99 app for the Apple iPad. It will be an interesting test for journalists who have a long story to tell on a hot topic — Portal 2 is one of the biggest video games of the year and launched on Tuesday — but don’t quite have enough material to make it into a book. And if it takes off, Keighley will get a nice pay day.

The app offers a behind-the-scenes look at the making of Portal 2, which has been in the works since 2007. Keighley spent more than three years talking to the team. The app takes advantage of the iPad’s large high-resolution display and “pushes video game journalism in a bold new direction, blending interactivity, storytelling and multimedia” to take readers inside Valve, Keighley says. It has in-depth interviews with Valve founder Gabe Newell and the team behind the game. The app has photos, audio clips, 360-degree panoramas, videos, polls and other interactive material.

I used to read Keighley’s “Final Hours” pieces for GameSpot in the 1990s. He used to write 10,000-word stories about how blockbuster games were made. He got away from those magazine-length pieces after he made the move to TV. It’s nice to see him return to that. Keighley has been covering the game industry for more than 20 years. And for those of you who think he looks young, he actually started at age 13.