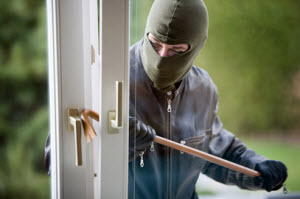 Sony acknowledged today that its PlayStation Network online entertainment service has been brought down by an external intrusion, according to a blog post this evening.

The network has 70 million registered users and is Sony’s gateway to online entertainment on the PlayStation 3 and the PlayStation Portable. Frustrated users have been without service since Wednesday. Sony’s Qriocity music service was also attacked and brought down. Sony has kept the services off while it conducts an investigation into what happened.

Patrick Seybold, a spokesman for Sony, said in the post, “An external intrusion on our system has affected our PlayStation Network and Qriocity services. In order to conduct a thorough investigation and to verify the smooth and secure operation of our network services going forward, we turned off PlayStation Network & Qriocity services on the evening of Wednesday, April 20th. Providing quality entertainment services to our customers and partners is our utmost priority. We are doing all we can to resolve this situation quickly, and we once again thank you for your patience. We will continue to update you promptly as we have additional information to share.”

On Friday, the hacker group Anonymous denied that it was to blame for the Sony attack. Until now, Sony offered no explanation for the network outage, prompting some to wonder if it was related to Amazon.com’s crash of its cloud computing infrastructure, EC 2, which has also been down since yesterday. Sony had also updated its PlayStation Home virtual world for gamers with a version 1.5 update. And others wondered if hackers, who had been angry about Sony’s prosecution of hacker George “GeoHot” Hotz, had found a way to “jailbreak” Sony’s PS 3 so that users could download unauthorized or pirated software. Sony sued him for violating the Digital Millennium Copyright Act.

But that case has been settled. And Anonymous, the hacker group that had attack Sony sites earlier, said it was not behind the shutdown. In fact, Anonymous said “Sony is incompetent.” Still, an observer of the IRC forum used by members of Anonymous speculated that the attackers likely behind this current Sony outage appear to have learned their methods from Anonymous’ activities of two weeks ago.