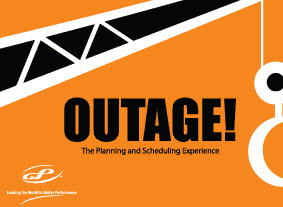 Apologize early and often. Sony has learned that much as it communicates with 70 million registered users about why their beloved PlayStation Network isn’t working. As the outage enters its fifth day, the Japanese company has to start thinking about how to compensate its users to get them to come back.

Coinciding with the crash of Amazon’s Elastic Compute Cloud web services, the Sony outage will have users questioning how much they should rely on Sony’s cloud-based technology for storing their critical game data. Once it solves the problem and brings the system back up, it will need to entice users with special offers. Otherwise, those users are going to be timid about coming back.

So far, Sony is doing a decent job communicating in the right tone. In a blog post this morning, Sony spokesman Patrick Seybold said, “I know you are waiting for additional information on when PlayStation Network and Qriocity services will be online. Unfortunately, I don’t have an update or timeframe to share at this point in time. As we previously noted, this is a time intensive process and we’re working to get them back online quickly. We’ll keep you updated with information as it becomes available. We once again thank you for your patience.”

The problem is that Sony hasn’t had much to say. It has acknowledged that an “external intrusion” brought down the network and that it is trying to beef up its security. Meanwhile, it has said it is still trying to determine if any user credit card information was stolen.

The timing couldn’t be worse in a couple of respects. Sony recently announced it would store user games in the internet-connected data center, or cloud. That’s a nice option, but not if you can’t actually access the cloud. Sony also was preparing the network for an update for its PlayStation Home virtual world.