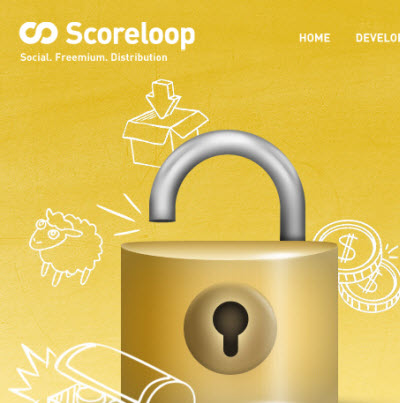 The deal with CSL showcases Scoreloop’s ability to create a social network that is focused around mobile games. It’s a quick way for major carriers around the world to draw more attention to money-making games, since the social networks are often embedded in phones much the same way the phones come with a pre-installed Android Market.

The social network helps users engage more with games, share games with friends, and socialize with each other. That means games are more sticky and have long usage, according to Marc Gumpinger, chief executive of Scoreloop. The carrier, meanwhile, doesn’t have to build its own mobile game social network from scratch.

Scoreloop cut a deal last year with a Taiwanese carrier, but this is the first time a mobile operator has deployed Scoreloop’s full solution — including an embedded app, gaming store and catalog of games. The effort is part of CSL’s initiative to create greater brand awareness using social tie-ins that are more organic than pure advertising. Mark Liversidge, Chief Marketing Officer of CSL, said that games are becoming a more important part of content on mobile phones.

Scoreloop has created a mobile game social network using its white-label service for CSL. The service, now available to any CSL customer with an Android phone, will let users access a gaming center app that can be downloaded for free and that will be pre-installed on certain phones.

Scoreloop has integrated its technology into two branded services offered by CSL, called 1010 and one2free. Players can connect with friends and other gamers. They can search and download new games via the Android gaming center. The launch games available on the service have been chosen from the hundreds of games already using Scoreloop.

Scoreloop has been integrated into CSL’s billing platform to create a seamless experience. If a player decides to make an in-app purchase — buying extra levels or in-game currency — the Scoreloop platform detects those being made by a CSL customer and instantly routes the transaction via CSL’s own platform, billing the customer directly.

“We see social games as an increasingly important sector of the mobile app market,” said Mark Liversidge, Chief Marketing Officer of CSL. “Because of this we’ve been working closely with Scoreloop to create a platform where our users can interact socially across games. Through letting users connect within the context of our brands, 1O1O and one2free,we’re not only building customer value, but also enhancing lifestyle experience.”

Another first for Scoreloop and CSL is the way in which in-app purchases and billing have been integrated into CSL’s billing platform to create a totally seamless experience. If a player decides to make an in-app purchase — such as extra levels or in-game currency — the Scoreloop platform detects those being made by a CSL customer and instantly routes the transaction via CSL’s own platform, billing the customer directly.