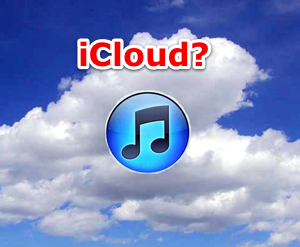 Apple may have purchased the domain iCloud.com from Sweden-based company Xcerion for a reported $4.5 million, according to GigaOM.

If the news is true, iCloud could be the name Apple has given to its yet-to-be-launched cloud-based media storage service, which will allow iTunes customers to access songs and videos remotely via the internet.

Apple is rushing to launch its service before rivals Google and Amazon with licensing agreements from the four major music record labels. If the company hadn’t already secured the name of its service, it would be a priority near the top of the list. So, the timing of this domain purchase would make sense.

Previously, iCloud was the name of Xcerion’s remote desktop service that was recently rebranded as CloudMe. The company registered Cloudme.com April 5, which is where the iCloud domain is currently redirecting to.

The Whois record for iCloud still lists Xcerion as the registrar, but this will presumably change if a sale to Apple did indeed occur.