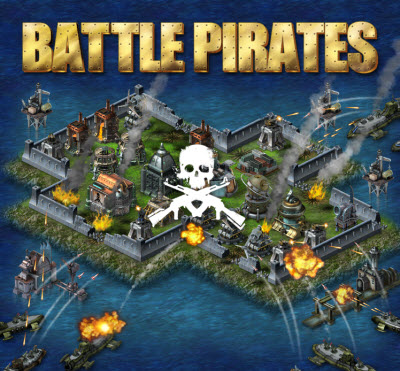 Kixeye, once known as Casual Collective, has pivoted in a big way into social games on Facebook for hardcore gamers. That’s a market that has been ignored by dominant social game firm Zynga, and it may prove to be a lucrative niche as more hardcore gamers discover that Facebook isn’t all about playing cutesy games.

The San Francisco company is announcing its new name today and is launching a new game called Battle Pirates to target hardcore real-time, action-packed strategy gamers. Kixeye’s previous hit, Backyard Monsters, put the company on the map, and it still has more than 1 million daily active users. So the company has earned some credibility and lots of profits by targeting the subset of gamers who love hardcore games and don’t mind paying for them.

The story of Kixeye is interesting because of its multiple pivots that reflect the crazy and disruptive world of video games today. The company was founded in 2007 as the Casual Collective by Paul Preece and David Scott, two friends who started making flash games as a hobby. They created a couple of enormous hit titles, Desktop Tower Defense and Flash Element TD.

Both games had been played hundreds of millions of times, and they attracted the attention of Jeremy Liew, a partner at Lightspeed Venture Partners. Liew wasted a lot of his own time playing the games and ponied up $1 million in seed funding from Lightspeed. In 2008, their goal was to create casual Flash games for their own web site and for game portals. They created a game called Desktop Defender. It was part of a collection of games that were to form an indie game portal similar to Kongregate, which was eventually purchased by GameStop. But Desktop Defender didn’t monetize well, and Facebook gaming emerged. 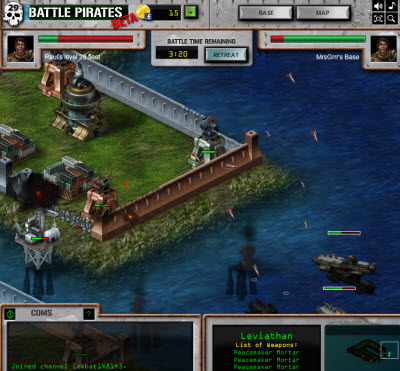 As they created a new title called Desktop Creatures, the market began to change. Gamers no longer went to stand-alone web sites and increasingly moved to games on social networks. Will Harbin joined the two men as chief executive and directed the development of the title, which was renamed Backyard Monsters.

“We abandoned our original direction,” Harbin said. “But we have always focused on real games with real game mechanics.”

The game was pretty hardcore in its game mechanics, but its art style was cute enough to appeal to a female audience. The game became an international hit upon its launch on multiple social networks; today an average of 40,000 players still play the game at given second. Eight million have played it to date.

But the analytics told Harbin that the audience wasn’t soccer moms on Facebook; it was men in their 20s to 40s who were looking for a real game experience on Facebook. These were working professionals or family men who didn’t have time to play hardcore games on other platforms; but they could spare time at work or play games while multitasking. They played games for longer periods, spent more money, and gave stronger reviews. Harbin guesses there could be 50 to 100 million such players on Facebook alone.

By getting rid of the word “casual” from its name, Kixeye is recognizing that its skills lie in entertaining hardcore gamers who spend hours upon hours with a title, Harbin said in an interview. The company also believes that the popularity of light and casual games, such as the kind Zynga makes, will pass, and gamers will become focused on more fun and engaging game play.

That’s a tough bet now, since Zynga has more than 259 million monthly active users, and hardcore social game makers such as Kabam have 8 million players on Facebook. But Harbin said hardcore gamers pay a lot more money for games than casual players do, and someone will eventually unlock the latent hardcore game market on Facebook.

Kixeye hopes that Battle Pirates will be the game that does that. Harbin refers to it as a “real” game and says that his company is a “true game studio.” Before the pivot, the new game was called Puddle Pirates. But that didn’t fly with the new hardcore focus. Battle Pirates, set in the year 2067, is a first of its kind in that it allows players to create fleets of ships and fight battles in real time, with simultaneous movement. The animation isn’t fancy and it’s smooth enough, but not perfect, given the slowness of the Facebook platform. The art style is more realistic and there’s violence, although from a bird’s-eye view.  If players find the speed to be satisfying, then Battle Pirates will find its audience.

Players start with a futuristic base and a pirate ship. They scavenge parts from around the ocean and build up a fleet of pirate ships. The graphics are two-dimensional, but they look more realistic than a typical Zynga game. Players can control ships and direct them in battle; each battle has sound and tense music. They can also create defensive weapons to protect their base. There’s an actual story for the game and missions for the players to pursue. If a player wins a battle, he or she can brag about it to friends. The players can spend forever building up fleets and bases.

The game has been designed for a combination of simplicity and depth of game play. And it is built to monetize; if you want to speed up your construction, you have to pay real money for virtual currency to enable you to build faster. The game thus uses the typical free-to-play business model that has propelled Zynga to the top.

Battle Pirates is formally launching today on Facebook and seven other social networks such as Hi5 and Viximo, as well as Kixeye’s own web site. So far, the results are good. The game has more than 120,000 users, thanks to word of mouth. And players are spending money at a rate of 4 times to 10 times more than Backyard Monsters. Overall, six percent of the Backyard Monsters players spend money in the game, and 9 percent of Battle Pirates users spend money. That’s far above the social game average.

The company has raised $5 million to date from Trinity Ventures and Lightspeed Venture Partners. The company has 30 employees and is currently hiring for 50 positions. Over time, the company will likely expand once again into tablet computer games.

“We think we’re a lot closer to recreating the console experience on Facebook than anyone else,” Harbin said. “By no means is gaming or Facebook gaming saturated. To me, there are a lot of genres open to explore and lots of opportunity.”