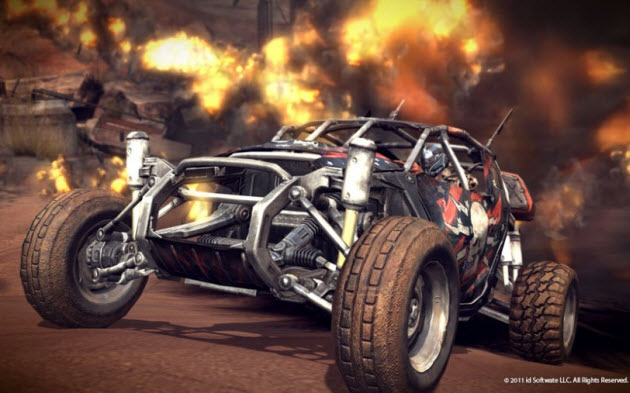 Video game acquisitions and funding deals rose 130 percent to $1.89 billion in 2010, up from $819 million in 2009, according to market researcher IHS Screen Digest. 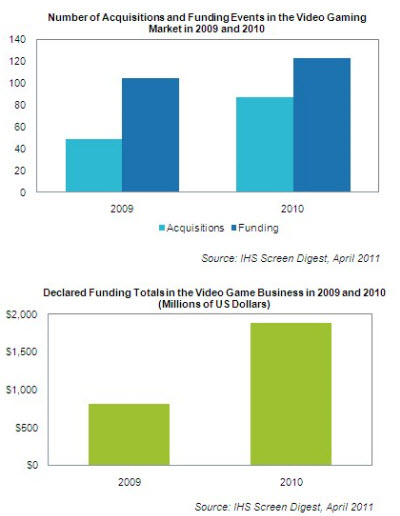 The number of fundings and acquisition deals combined was 210 during last year, up 36 percent from a year earlier, thanks to the disruption in the game business caused by the growth of online and social networking games. Our own count found that game fundings hit $1.05 billion raised across 91 deals in 2010, up 58 percent from $663.1 million across 115 deals a year earlier.

There were 123 fundings and 87 acquisitions during the year, IHS Screen Digest said. There were 20 to 24 acquisitions every quarter, double the rate of the year earlier.

The numbers cover funding and acquisitions activity in all areas of games except mobile. Oddly enough, that’s the most active area of the game business today, and Screen Digest says it tracks that market separately.

“Two key trends fueled the robust pace of funding and acquisitions in gaming during 2010,” said Steve Bailey, games analyst at IHS. “First, it was driven by burgeoning activity in the fast-evolving sphere of online gaming, with particular emphasis on social network gaming. Second, movement in funding and acquisitions also has ramped up between Western markets and entities in Asia, centered likewise on the growth to be found in various aspects of online gaming.”

Companies in all regions are starting to go global, raising the likelihood of international deals. The total declared value of funding deals in social network games alone rose 300 percent in 2010.

The biggest funding event was when Chinese online gaming giant Tencent invested $300 million in Russia’s Digital Sky Technologies, which itself has invested in social game companies such as Zynga. Zynga raised $147 million from Japanese investor Softbank. But we noted the biggest funding of the year was Providence Equity Partners investing $150 million in ZeniMax, which acquired id Software, whose upcoming game Rage is pictured at top.