I feel some of my earlier gaming memories are marked by my dad's clumsy interpretation of media reports. The arrival of an Amiga under the 1989 Charlton Christmas tree came aided, I have no doubt, by the misguided impression that it would help me and my brother's burgeoning primary school careers in the coming Information Age. No brain draining consoles in our house, no sir!

For around seven years the Amiga functioned as our gateway into gaming. As the pre internet home computer age ground to a halt, games got cheaper and cheaper, or were given away on magazine covers. Honestly I can't remember running a single non gaming application on the thing. This perhaps understandably peeved my father, who ironically would have inspired us to concentrate on homework a little more had there been a Megadrive under the tree in '89 with its less pocket money friendly software prices. Whipped up by  tabloid fear mongering (and further reinforced when my brother managed at age 13 to get a hold of the 15 rated tabloid darling of the age: the original Mortal Kombat – Dad found out, hit the roof and actually made us go back and return the thing to Future Zone. Remember Future Zone, eh? EH? Ah.), an edict was passed in the household that was extremely unpopular with the under eighteen resident demographic- games only at the weekend, and only for an hour a day. Beyond that, we would have to satisfy ourselves with more healthy  pursuits, like beating each other up and dishing out dead arms. It wasn't our fault- the games made us that way. 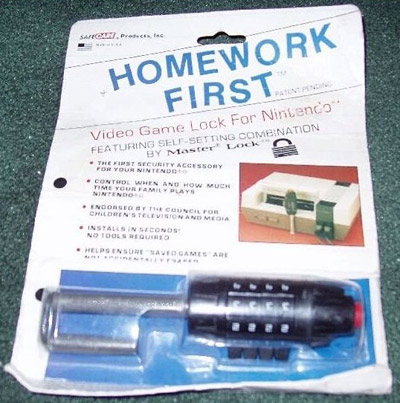 Restricting the time one could play games was never the domain of developers meanwhile- with the exception of some novelty gaming paraphernalia over the years like NES bike lock Homework First and Datel's slightly disturbing Game Timer accessory for the DS, which not only shut down your DS after a certain time elapsed, but could also beep and rumble if in built sensors determined you were looking too closely at the screen, meaning it only lacked the ability to physically hurl you into your room without dinner and order you to not come out until you thought about What You Did to become a one stop disciplinarian parent substitution shop.

Nintendo's health concern fueled fears about the Virtual Boy leading to an automatic pause feature stopping gameplay every twenty minutes notwithstanding, I hadn't played a game that actively encouraged you to stop and do something else until last week. 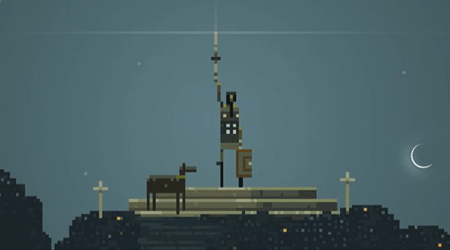 When Superbrothers: Sword and Sworcery EP informs you at the start of its third act that that particular section takes about a lunar month to complete, it's taking a huge risk. What takes that time is a puzzle that relies on cycles of the moon to solve; you need two items to advance, and can only attain one in each of the dark and light phases of the moon in real time. Now sure, there are ways around this- the sneaky cheaty way of resetting your device's system clock to jump ahead is one (which is frowned upon by the game, and will lead to you being unable to attain 100 percent completion) and the more legitimate way of hunting down a bizarre Ricky Gervais in The Office inspired character in a dream sequence. Both methods are workarounds though, and it's clear the developers intend for you to wait it out. I've been doing just that, and I've had a self enforced break from the game that will last until tomorrow as I write this when I can apparently pick it up again.

Why make that move? Why deliberately turn off consumers? The most cynical answer is that it's an attempt to lengthen shelf life- raw gameplay of Superbrothers probably only takes three hours or so, which is on a par with most iPhone experiences, but by adding a break in the middle it can stick around on your device for longer. Given, though, that the consumer's already shelled out for the game at this point, and isn't paying by the day on how long it sits in one's apps folder on the phone or tablet, I find that hard to buy. I think it really is a deliberate attempt to deter some people from finishing the game. 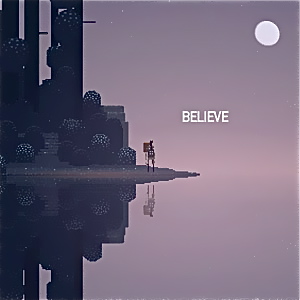 British comedian Stewart Lee wrote in his book How I Escaped My Certain Fate about using lines early on in his stand up sets to deliberately turn off punters with only a passing interest. That clientele could potentially misinterpret the message behind his material as it advanced and became more controversial in tone as the routine wore on. By establishing that his act wasn't for everyone, he could be safe in the knowledge that the people that stuck with him would listen with the attuned sense of irony required, something he couldn't guarantee if he played to everybody in the room from the outset.

Superbrothers tries to establish that it isn't for everyone because it isn't. If played straight through from start to finish without the break, or at the very least without discovery of the secret/playing with the sytem clock (in itself a weird act of violating aesthetic distance which requires the player to be pretty invested in the game to that point), Superbrothers is a fairly humdrum, if visually and audibly spectacular, game. Its puzzles are fairly simple, and its combat basic. Story, as delivered by the controversially Twitter linked signposts scattered throughout the world is occasionally witty, but unremarkable.

Put the game down for a time though, and it starts to resonate more. A lot of Superbrothers' narrative intrigue is unwritten and reaches through fourth and fifth walls. What is the relationship between the female lead and you the player, whom she alludes to vaguely as being 'the finger of God' that's guiding her? Who is the mysterious suited figure who hosts the game, and what are the purposes of his psychological experiments? Is there yet a third layer to the narrative provided by the occasional and seemingly randomly occurring spoken monologues muttered throughout, asking for your opinions on the artistic merit of things so unrelated and incongruous to onscreen events as hunting and combat sports, as if providing a sort of meta-commentary on games as art right there in the experience?  These are all thoughts that I wouldn't have lingered on, and almost certainly wouldn't have written about, had I been told to plow right through the game, and I feel I'll be able to more fully appreciate its conclusion now. Meanwhile there will be (and has already been) a vocal section of the audience who will be glad of the ability to turn off what they deem as pretentious fluff. 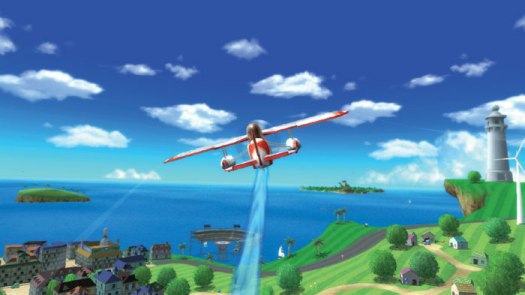 Superbrothers is a game about time, then, in the game world (a central gameplay mechanic is flipping between the conscious environment and an altered dream state) and in real life. In between sessions with that though, I've been playing a lot of Pilotwings Resort which views your time as an asset slightly differently.. Not having played Wii Sports Resort before it, I've found the environments new and interesting enough for me, and in general I've been enjoying it a lot more than the majority of critics seem to have. Every thirty minutes though, there's a hangover from the Virtual Boy days. The game will pause, and somewhat condescendingly ask whether you'd like to take a break now, given that you've been playing a while. Now, granted, this is primarily to stave off lawsuits from families of people blinded by a three dimensional propeller blade gouging their eyes out or something, but it's jarring. In contrast to Superbrothers, you either march on undeterred, or take the break with a sense of resentment- this truly is an artificial lengthening of content with no apparent merit. 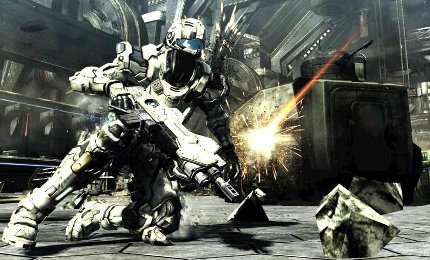 In this era of budget enforced brevity in single player experiences, meanwhile, there's a lot to be said for making the player stop and reflect every now and then. A lot of reviews at the time criticized Vanquish for being fairly short, and although my playtime clocked in at just shy of seven hours from beginning to end, its score break down screens at the end of each chapter gave a clean full stop to proceedings. They pull the player from the experience, sure, but do so deliberately, I feel. When playing the game, I felt I could play through one or two of these little chunks, stop and come back refreshed later- those seven hours were stretched out over two months, and the game resonated all the better with me for it. The same goes for the clearly laid out chapters of something like Dead Space, but when a game simply flows from one sequence to the next, we often have something that resembles a Call of Duty-esque funfair ride that is hard to remember barely two hours after finishing it in one playthrough, or the other extreme of Rockstar's open worlds; where for me at least the prospect of jumping back into GTA4 or Red Dead Redemption after a couple of initial sessions seems too daunting to bother with.

Make no mistake about it- for the most part, more is definitely more. But when it comes to individual play sessions, maybe we can make do with less. Our brains and now myopic eyes might appreciate it.