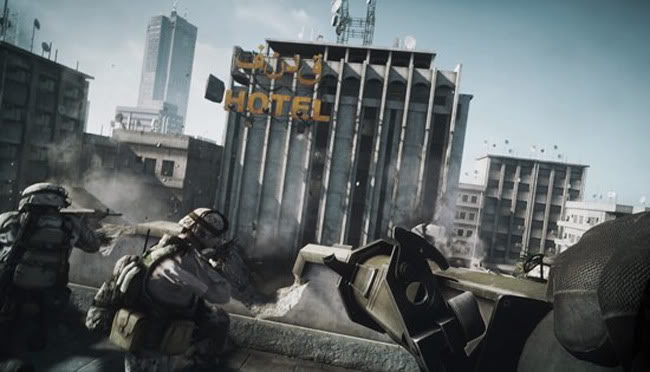 Battlefield 3, hailed as EA's next salvo against Activision's entrenched Call of Duty franchise, is a stark proclamation of taking things to the next level. Military first-person shooter grognards know that bulking up Battlefield's maximalist portrayal of combined arms warfare with a beefier game engine and streamlined gameplay — such as the likely elimination of Commander mode and a slicker transition to prone — are necessities for nabbing the highest odds of winning back an alienated community. But a slew of smaller tweaks and adjustments hum under the hood as well; tiny yet substantial changes that could restore the series to the pinnacle of the modern combat genre it popularized long ago.

Thus, here are three possible improvements I wish to see when I jump back into the fray on BF3's fall release.

A wider range of appealing weaponry 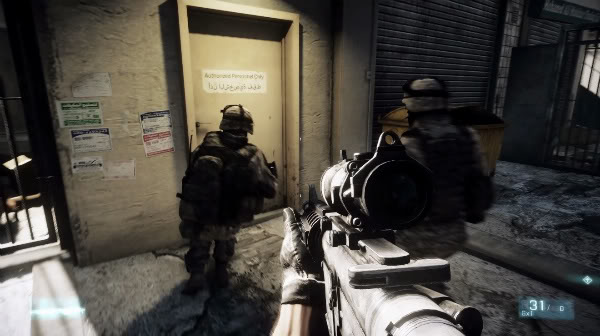 I've gotten used to the evergreen presence of customizable soldier classes in contemporary shooters. Swapping loadouts to adapt to any situation also allows players to hone their expertise of certain weapon types such as sniper rifles and rocket launchers. In theory, it's a swell idea; in practice, variability is nearly nonexistent.

A few of Battlefield: Bad Company 2's unlockable guns, while versatile, saw little action because of their glaringly weak stat ratings compared to each kit's top-tier firearm. The majority of players stuck to a few select loadouts per archetype, punching a hole in the franchise's long-standing feature of changing classes on the fly by scooping up the kits of the fallen. Not every player needs to intentionally handicap their performance with weaker items, but it would be great for those who enjoy fighting with unconventional setups. Of course, this issue isn't limited to the Battlefield series, but I'd still like to see a wider array of quality guns. 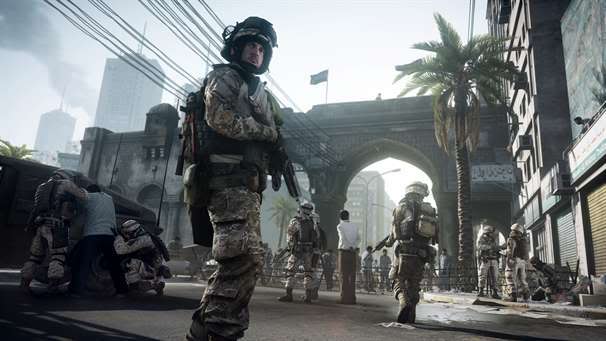 Developer DICE is quite eager to show off BF3's fully fledged single-player component that nestles beside the mammoth multiplayer suite. That's fine, I'll oblige. But if I'm going to experience the nonlinearity of BF3 in linear form, I'd like to see it sidestepping the now-cliche usage of elaborate set-pieces and a thespian approach to the brutality of war.

The snazzy new Frostbite 2 engine — with it's stunning visual fidelity and jarringly accurate sound effects — packs enough meaty technical prowess for scenarios grounded in realism. By depicting the game's story in Iraq instead of fabricating a country out of thin air, DICE is clearly attempting to provide a more serious experience than the lighthearted "buddy soldier" motif of BC2. As long as BF3's scripted grandiosity avoids the melodrama, I won't mind encountering something like the bone-rattling earthquake featured in the eventful Fault Line trailer. After all, a natural disaster is way more plausible than yanking out a knife from my heart and chucking it into someone's eye.

An increased initiative to squash bugs

Although the Battlefield series offers a multiplayer experience like none other, its immersion is marred by annoying bugs that persist through numerous patches and updates. Battlefield 2 suffered from severe glitches that crashed the game for the most inexplicable reasons, such as a frustrating crash-to-desktop after turning on the game's built-in voice chat. Delayed bullet collision detection (a problem that has reared its ugly head even in BC2) caused players to take damage while ducking behind solid cover.

DICE now has a fresh opportunity to prevent these kinds of bugs from appearing in BF3. Glitches kill the captivation of a chaotic war zone; smoother gameplay results in less wasted time thumbing through a confusing tech-support website for answers. The game's incredible animations shouldn't mask any sort of technical issue lurking beneath the gloss — DICE should show some extra effort and throw out as many bugs as possible for the game's upcoming launch.