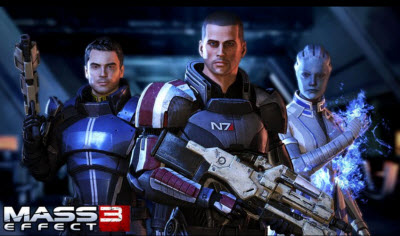 Electronic Arts said today it is delaying its major video game Mass Effect 3 until 2012. The game is one of the most anticipated of the year from EA, but it’s not yet clear exactly how that will affect the company’s financial performance.

EA made the announcement through the game’s Facebook fan page, where executive producer Casey Hudson said that the company was delaying the game from the fall of 2011 to the first calendar quarter of 2012 in order to make sure it meets the highest quality standards.

EA will report earnings this afternoon and will no doubt talk more about the game delay. But it’s not clear how big a financial effect that will have, since it is one of dozens of titles that EA typically publishes in a given quarter. Still, Mass Effect fans number in the millions and they won’t be happy about the delay.

The first two Mass Effect games, published by EA’s BioWare division, have been outstanding hits in terms of millions of games sold and quality as well. So EA has doubled down on the investment in Mass Effect 3.

Update: In the company’s earnings call, EA chief executive John Riccitiello said that he feels very good about the decisions the game development team is making on the Mass Effect 3 title. He said that EA wants to move the title towards a hybrid of a role-playing game and a first-person shooter title. In order to execute on that plan, EA’s BioWare team in Edmonton, Canada, needs more time to finish it.

Riccitiello said that the point of making the game more of a hybrid shooter is to expand the size of its audience.