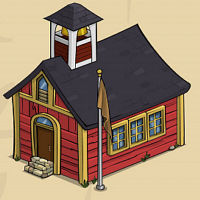 If only schools were addictive like Farmville, maybe we could fix our education system.

That’s the thinking behind a partnership announced today between the high-profile charter school network KIPP and test-prep startup Grockit, which applies social gaming principles to studying. Grockit is backed by, among others, Mark Pincus of Zynga, the company responsible for our nation’s mass addiction to breeding virtual cows. Like Farmville, Grockit incorporates social-gaming elements such as badges, points and leaderboards, as well as live chat and rewards for social interaction to draw its users in.

The KIPP-Grockit partnership will yield a private network for SAT and ACT test prep for use by students and teachers in three of KIPP’s largest schools in San Francisco, Los Angeles and San Diego. Grockit’s adaptive learning platform is designed to personalize instruction based on each user’s strengths, weaknesses and how they interact with material. The network will also come with a live, online instructor support.

This is a smart move for Grockit, as KIPP seems to be a fertile incubation grounds for emerging education tech. KIPP’s quasi-maniacal focus on the promise of college has resulted in 33 percent of its underprivileged students graduating from college, as compared with an 8.3 percent average for students of similar demographics.  It’s driven culture means KIPP can make sure the platform gets significant use, which will yield valuable data on how to improve the platform, and make learning more addictive and effective. KIPP’s CEO Richard Barth told us that an internal network created by another startup, Better Lesson, has seen massive adoption among KIPP teachers, who use it to share lesson plans and resources.

The private Grockit network also makes sense for KIPP, which is rightfully protective of its culture as the organization spreads across the country (99 schools and counting). If this three-school program works well, one can imagine KIPP grouping motivated students from underprivileged communities across the country in a private, massively multiplayer online SAT / ACT game.

The program will start with SAT and ACT prep, but Grockit CEO Roy Gilbert says the company is also developing programs for high school courses. Earlier this week, it announced an Advanced Placement test-prep program for Calculus AB and US History, two of the most popular AP exams. Those programs are currently being piloted at public schools in San Jose and Oakland California.