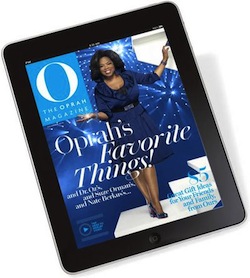 As Apple tries to bring magazine publishers onto its iPad subscription plan, there are signs that the company may be showing an unusual amount of flexibility with its controversial rules.

The Wall Street Journal reports that Hearst Corp. has agreed to offer its iPad apps for Esquire, Popular Mechanics, and O, The Oprah Magazine for subscription prices of $1.99 a month or $19.99 a year, starting in July. It’s the first major magazine publisher to sign on to Apple’s subscription plan, which has been criticized pretty loudly for requiring publishers to give Apple a 30 percent cut (which is the standard split for apps in the company’s App Store), for placing restrictions on the subscriptions that publishers can offer outside the App Store, and for the fact that Apple controls subscriber information.

On the other hand, without Apple’s subscription plans, publishers will have to sell issues individually, which is not a great long-term model. Also, The Journal says that “publishers have become more comfortable with the terms” and that “Apple has shown more flexibility on pricing.”

PaidContent elaborated in an article of its own, quoting a Hearst representative as saying, “Our deal is fundamentally different from any other deal Apple has done with a publisher.” However, other sources apparently disputed Hearst’s claim that its deal was “substantively different.” (I emailed a Hearst spokesperson who told me, “We cannot comment further on the terms of our agreement.”)

So what’s going on? Well, it’s hard to say, but I’d guess that Apple is indeed showing a little flexibility, but not exclusively to Hearst. Meanwhile, Conde Nast is reportedly getting ready to bring subscriptions to its own iPad apps, perhaps beating Hearst. Time has also reached an agreement to bring its content to iPads for free to print subscribers, although it’s presumably still negotiating with Apple about how to offer subscriptions on the iPad itself.