Silicon Valley is built on simple myths. One of the most pervasive is that all winning startups are founded straight out of school by 20 year olds from Stanford or Harvard. The reality is these are the exceptions, not the rule. 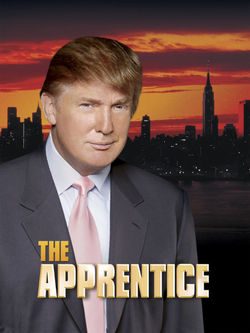 A student called me recently and said he had to meet  – “I’m having a career crisis,” was how he described it. I invited him to make the drive down to my ranch.

As the story unfolded, it turned out that he just turned 30 and realized that he hadn’t founded a company yet. “Everyone now starts a company out of school. All my classmates who were interested in entrepreneurship have started their own companies. I’ve just been working my way up the ladder.”

He explained that he had a set of progressively better jobs at companies that were in the “build” phase. These ex-startups had found a repeatable business model and were putting the processes in place to grow into a large company. They had hired operating executives and were starting to scale.

“Well what’s wrong with what you’ve been doing?” I asked.

“Oh, I’ve learned a ton,” he replied. “If I had started a company out of school I would have made all kind of stupid mistakes.”

Ok I wondered, the problem is what? “So how have your friends done?”

“Hmm” he said,  ”A few did ok, but most of them cratered their startups. For the amount of money they made most of them would have been better off working at Walmart.”

I told him he wasn’t alone. Early in my career I apprenticed at companies that had recently been startups, hadn’t yet gone public and were still innovative. My career was a slow 20-year progression from training instructor to product marketing manager to VP of Marketing. It wasn’t until my 7th startup that I was a CEO in a startup I co-founded (and its failure left a crater so deep it had it’s own Iridium layer.)

Perhaps the most important part of this non-meteoric career trajectory was the mentoring I received. I managed to work for, with, and around people who were truly skilled at what they did. Some of them consciously taught and shared their skills. For others I tried my best to suck out every bit of what they knew and emulate the best of their skills. (At times the learning was painful, but it was never forgotten.)

While the Silicon Valley myth is that all winning startups are founded straight out of school it’s just not true.

In raw numbers, most engineers and MBA’s aren’t founding companies. They’re going to work for others who have – Facebook, Google, Zynga, Four Square, Twitter, etc. While the jobs at these companies are still incredibly challenging, and passion and innovation may still pervade their company cultures, the startup risk (“will we run out of money before we find our customers?”) is gone. As great as these companies may be, they are no longer startups. (A startup is a temporary organization searching for a repeatable and scalable business model.)

But employees in these ex-startups are getting the best hands-on education for entrepreneurship there is – as apprentices.

As we sat there, I offered that his career was proceeding just fine. Someday, he’ll hear a calling, pull his head out of his computer, look around and say, “I can do this myself.”

And the cycle of creative destruction will begin anew.

Steve Blank is the author of Four Steps to the Epiphany. This story originally appeared on his blog.