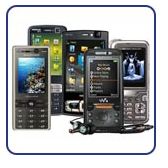 It seems that there’s still room for independent mobile advertising networks. Mobile advertising company JumpTap announced today that it has completed a $25 million financing round. The capital will be used to recruit new employees and for product and technology development. The company recently hired high-level executives to support growth in the future.

JumpTap claims that over the past 18 months it has experienced accelerated growth with significant increases in mobile ad network traffic, client ad campaigns and deeper reach into major verticals such as automotive, entertainment, consumer packaged goods and financial services. The network reaches 83 million consumers each month, a 30 percent increase from last year.