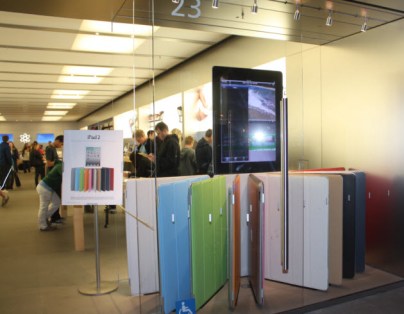 It doesn’t matter if you’re a believer in all the tablet hype or not, those sexy slates are having a serious impact in the way US consumers use their computers.

32 percent of desktop owners with tablets said they used their computers less, while 30 percent of tablet-toting laptop owners said the same, according to a recent Nielsen report, which was based on an April consumer survey.

The number of users who’ve completely given up on their computer is still quite small — 3 percent of desktop owners and 2 percent of laptop owners — but the fact that tablets are negatively affecting computer usage for over a third of consumers is worth recognizing, especially for a category of devices that’s barely over a year old.

Nielsen’s survey didn’t go into how exactly consumers were using their tablets, but I assume they cover the mundane email checking and casual web surfing for many users. A Google AdMob report from last month said that consumers mostly used tablets to play games.

But tablets also caused consumers to use some devices more: 26 percent of portable gaming console owners, 25 percent of Internet connected TV owners and 22 percent of netbook owners all said they used those products more.

The top reasons for using a tablet instead of a computer included the fact that they’re easy to carry (31 percent of users), they offer easy to use interfaces (21 percent), and they feature fast start up and shutdown (15 percent of users).

Nielsen also offered up some updated tablet statistics: Apple’s iPad held its lead with an 82 percent share among consumers surveyed, while Android tablets lagged far behind. Samsung’s Galaxy Tab had a 4 percent share, Motorola’s Xoom had 2 percent, and Dell’s Streak had 3 percent. An “Other” category of tablets weighed in at 9 percent, but it’s unclear what devices were in that group.

As tablets become cheaper and more mainstream over the next few years, we’ll likely see a continued negative impact on traditional computer usage. But as someone who still isn’t convinced that tablets can offer the same level of productivity as a real computer, I’m not ready to call the death of the desktop/laptop yet.