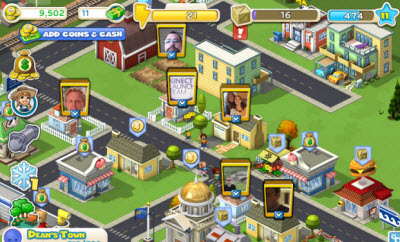 A new document shows that Zynga is raising a new round of funding up to $490 million, according to Inside Social Games.

The filing shows that Zynga, the largest social gaming firm on Facebook, has authorized a new series of Series C preferred shares as of early March, according to financial analysis firm VC Experts.

In February, published reports suggested that Zynga was raising a round of $500 million at a valuation of $10 billion. But the round was never announced. The filing shows that the deal may still be in the works or has already been completed. VC Experts calculated that the post-investment value of Zynga after the new round could be $9.1 billion, assuming that all authorized shares have been issued.

AllThingsD previously said that Morgan Stanley, T. Rowe Price, Fidelity Investments, venture firm Kleiner Perkins were participants, while the New York Times said in April that T.Rowe Price now owns $71.8 million in stock. The murky thing about the filing is that Zynga doesn’t have to file these documents on a timely basis and they are somewhat vague as well.