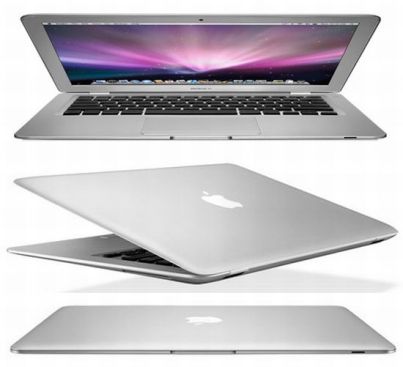 Here’s your latest crazy Apple rumor: Sources say that Apple is looking to move towards ARM processors in its laptops, which would replace the Intel chips its been relying on for the past few years, SemiAccurate reports.

If true, it would mean a return to custom chips for Apple, similar to the company’s reliance on IBM’s PowerPC processors before it wisely jumped to Intel in 2006. But at this point, there’s very little reason to believe Apple would dump Intel entirely.

Intel just recently showed off its 3D “Tri-Gate” transistor technology, which will pave the way for more powerful processors that are cheaper to produce and consume less energy than today’s chips. Tri-Gate is a major technological coup for Intel, as it will ultimately allow the chip giant to create more powerful mobile processors and take on ARM’s mobile dominance.

It strikes me as odd that Apple would leave Intel when Tri-Gate has the potential to change the face of computing as we know it. And it will likely take ARM some time before its chips reach the computing levels of Intel’s Core i5 and Core i7 quad-core chips in Apple’s Macbook Pro.

I also don’t think the company would want to deal with the logistics of another chip architecture move. When Apple moved from PowerPC to Intel, it had to roll out an Intel-compatible version of Mac OS X, as well as rely on virtualization technology to let older Mac apps run on the Intel chips.

SemiAccurate assumes that Apple is holding out for ARM chips to reach 64 bit capabilities (allowing them to address more than 4 gigabytes of memory), putting a potential jump to ARM chips in mid-2013. The site’s sources reiterate that the ARM move is a “done deal” for laptops, although I suspect that even if such a deal existed, it would be seriously reconsidered if Intel lives up to its Tri-Gate promises.

Apple’s A4 and A5 mobile chips, which power the iPhone 4, iPad and latest generation iPod Touch, currently include ARM cores — so the company is definitely familiar with the capabilities of ARM’s chips. The only Apple laptop I could imagine being a good fit for ARM chips is the MacBook Air, which is already impossibly thin but relies on an older Core 2 Duo CPU. (I suspect that will change this year as well.)

SemiAccurate notes that its sources have been correct in the past about Apple’s shift away from Nvidia graphics cards to ATI  — a good win, I’ll admit — but the move to ARM processors would be a far more fundamental change.