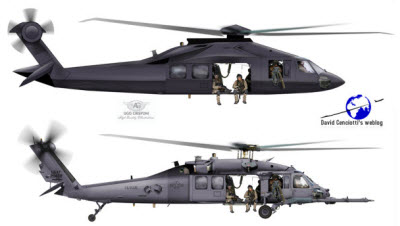 The attack on Osama bin Laden has revealed a lot of interesting technology used by the U.S. military to circle in on and kill the world’s most wanted terrorist.

Perhaps the most impressive surprise from the raid was the stealth helicopter, which is rendered here in an artist’s recreation. The world might never have known about this helicopter were it not for the malfunction that required the commandos to blow it up and leave the parts behind.

But equally interesting was the ability for the U.S. military to communicate in real time with soldiers on the ground during the attack. It shows how much information can be processed in a short period of time when money isn’t an issue.

The New York Times reported that CIA officers rented a nearby house. From behind mirrored glass, they took photos with telephoto lenses and used infrared imaging equipment to study the compound. They picked up voices from inside the house via eavesdropping equipment and used a satellite radar to search for possible escape tunnels.

Navy Seal Team 6 likely used weapon technologies such as surge suppressors during Operation Neptune Spear, as the mission was called. They landed in modified versions of a Black hawk helicopter that featured stealth technology, such as a cover that muffled the sound of the rotors. It’s not known exactly how the helicopters evaded Pakistan’s air defenses, but the combination of flying low and using the stealth technology may have kept it quiet enough to slip through. 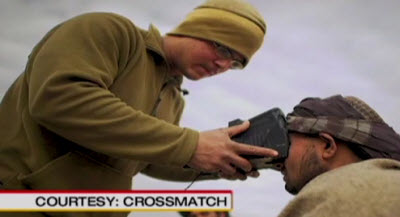 The 25 commandos who hit the home in Abbottabad, Pakistan, had to move in and out with lightening speed. The process of identifying bin Laden had to happen in real time. Soldiers used their video and still cameras to upload an image of bin Laden wirelessly back to the Pentagon, where they compared the photo to last-known photos of bin Laden. We also know that the Pentagon ran tests on bin Laden’s DNA and found a 99-percent-plus match.

Now where exactly was the laboratory that did this DNA test, since bin Laden was buried at sea within 24 hours of being killed? Evidently, the DNA test was done in the field, perhaps on the spot or perhaps back at the air base where the commandos returned. Clearly, running a DNA test on someone and getting immediate identification is something that could become very useful to law enforcement when they’re trying to solve a crime quickly. 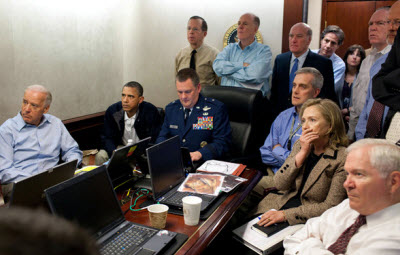 CNN noted that Crossmatch Technologies a Palm Beach, Fla.-based company makes an instant analysis tool for the military and law enforcement. The Seek technology can be used to identify people on the spot using an iris scan technology, fingerprint identification, and face images. The Seek 2 technology is smaller, weighs just four pounds and is the size of a cigar box. It’s a full Windows XP computer. It can scan biometric information and send it to the FBI’s criminal database within seconds and get a match across the 60,000 images of known terrorists. The Seek can use either a 3G or satellite connection to transmit data.

As we can see from the situation room photo (which has been viewed 2.1 million times) at right, the president saw the raid as it happened. The soldiers broadcast video of what they were seeing from helmet cameras back to the White House. The New York Times said that President Obama watched the gun battle with his own eyes. That requires a wireless network with enough bandwidth to send compressed video from the compound to the helicopters and back across a wireless secure military communications data channel to an air base. And from there, the video had to be sent across a military version of the internet to Obama in the situation room. 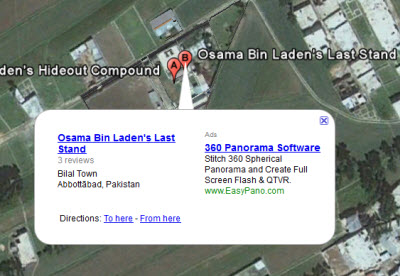 Everyone wants to see a photo of the dead bin Laden. Malware creators complied by supplying Photoshop versions of his image so that it appeared to have a bullet wound. These fakes have been used to lure people into clicking on web links that lead to malware.

But President Obama doesn’t want to release the photo, for fear it could incite violence because it’s so graphic. One solution could be to release the results of the DNA test, which could be verified by testing on family members still in Pakistan.

I’m also impressed with how quickly we can all become spectators at an event that took place so far away, using everyday civilian technologies and the internet. With Google Maps, bin Laden’s home was marked less than an hour after the news came out. On Google Earth, you can already see computer models of what bin Laden’s compound looked like. You can move back in time on Flickr and find a picture of the home before it was renovated. 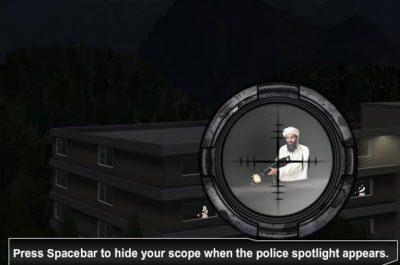 Low-quality prurient video games are already coming out as a kind of “tabloid game” depicting the death of bin Laden. Games2Win has posted an instant game, “Kill Osama Bin Laden” where the player carries out an attack on bin Laden and his terrorists. It’s a sick game and one designed to spur controversy. The company says it has been played more than 20,000 times in less than 24 hours. Users in the U.S. are playing the most, followed by India and Pakistan.

But higher quality games might treat the subject matter with more gravity at some point. Clearly, the video game technology exists to make you feel as if you were in the same room with bin Laden.

Twitter proved that a 140-character messaging service could reveal what was happening from different views of a battle. Long before tweets per second hit a near record path after the announcement, Sohaib Athar of Really Virtual liveblogged the event on Twitter as it happened, without realizing what it was. Now his life has changed forever and he tweeted recently that he had become a “media puppet.”

ABC News got a camera inside the bin Laden compound, showing blood stains in bin Laden’s bedroom. Given all of the recording that happens at any given moment, from tweets to web-connected security camera recordings, we can get much closer to a 360-degree view of an event.

Bin Laden evidently had a trove of data, from papers to computer hard disks, inside the home. The Navy Seals took it and apparently have handed it over to computer forensics experts who can find every shred of useful data on the machines.

And of course, the supreme irony of the day was that bin Laden was uncovered because of a lack of technology. He lived in a $1 million compound with no telephone and no internet access. He evidently knew that phones of any kind could be traced or tapped. This was an incongruity, as someone rich enough to buy such a home would surely want modern communications — unless they were hiding.