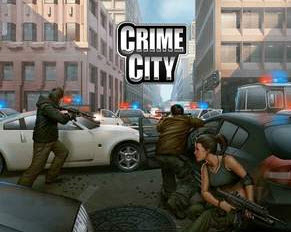 Funzio,  a developer of social and mobile games such as Facebook’s Crime City, said it has raised $20 million in a first round of funding.

The size of the funding shows that making social and mobile games is still a hot business, especially for veteran teams with the demonstrated ability to make a hit title. Like its rival Kabam, Funzio is targeting the nascent market of hardcore gamers on social and mobile platforms and hopes to lure those gamers with content that is targeted at them.

Rick Thompson, co-founder and former chairman of Playdom, participated in the round. IDG Ventures in the U.S. and IDG Capital Partners in China led the round. The company’s flagship game is Crime City, launched in September 2010. The game has more than seven million monthly active players and a rating of 4.9 out of 5 on Facebook, based on user reviews. That’s one of the highest ratings and it is the highest of any game with more than 600,000 daily active users. (The game has 750,000 daily active users).

San Francisco-based Funzio is planning to take the game to mobile platforms later this year. It also plans to triple the size of its team so that it can launch games faster and develop them in parallel. IDG’s Phil Sanderson is joining the board.

The company’s vision is to make “AAA” quality cross-platform games for Facebook, iOS (iPhone, iPad, iPod Touch) and Google’s Android operating system, said Ken Chiu, chief executive. Prior to starting Funzio, Chiu was CEO of Storm8, also known as Team Lava. He was also a general manager at Zynga where he ran the XWars Studio.

Funzio has 30 employees and was founded in 2010. Besides Chiu and Thompson, co-founders include Anil Dharni, president and chief operating officer and co-founder of Storm8; Ram Gudavalli, chief technology officer of Funzio and former vice president of engineering at Hi5; and Andrew Keidel, vice president of engineering at Funzio and former engineer of Flash video streaming products at Adobe.