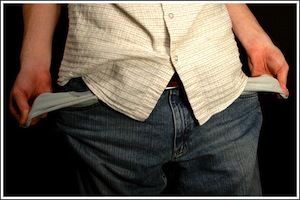 I’ve always wanted a way to track the financial transactions that I share with friends — rent, obviously, but also meals, movie tickets, vacations, and more. Well, a startup called PayDivvy is launching a service today at the FinovateSpring conference in San Francisco that could be exactly what I’m looking for.

Founder and chief executive Mike Melby compared PayDivvy to services like Manilla and Doxo, which offer a single website where users can store and pay all their bills. Those sites are useful, Melby said, but they lack a crucial ingredient — the social side, which acknowledges that many of those bills are actually shared with others, especially when you’re younger. So PayDivvy supports electronic billing from more than 5,000 different service providers, then allows users to divide and pay them.

Friends can pay each other within the app itself — similar to PayPal, users have an account on PayDivvy with money, but they can withdraw that money and put it in their bank account. And users can still bill their friends for payments that didn’t actually get funneled through PayDivvy. If I’m out for an expensive dinner with three other people, rather than trying to split the bill between four credit cards, I can just pay everything, and then upload the receipt to PayDivvy and bill each person the correct amount. And if a group wants to pay someone who doesn’t have a PayDivvy account, say if my roommate and I want to pay our landlord, we can pay our shares on the site, then PayDivvy will send our landlord a check.

To be clear, despite my headline, the site doesn’t offer a way to extract money from genuine deadbeats, just a way to track and make those payments in one place. If someone doesn’t want to pay, or doesn’t agree with how much you say they owe, then PayDivvy can’t force them. (Though as a fun feature, users can ask PayDivvy to weigh in on disputes, which are then featured on the company blog.) And from a service provider’s perspective, it’s still a regular bill, so if I’m the one who’s supposed to pay, then I still can’t blame my roommate if the payment is missed. PayDivvy will alert me when the deadline is coming up and someone hasn’t paid. Then I can decide whether to pay their share myself or use one of the company’s payment protection options.

The company is headquartered in Irvine, Calif. and has raised about $1.5 million in angel funding. Moving forward, Melby said he plans to launch a mobile app and also use the service’s data to offer advice about how users can save money (which, in addition to the company’s existing credit card payment fees, offers a possible business model, similar to Mint.com).