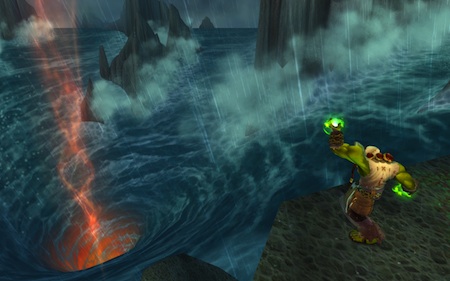 Blizzard’s flagship online game, World of Warcraft, shed around 600,000 players in the last quarter even though it released one of its most successful expansion packs yet. Blizzard chief executive Mike Morhaime said players blitzed through the content faster than the developers expected.

I’ll have to disagree on that one, Mike. For the uninitiated, World of Warcraft is the most profitable game in history, with 11.4 million current subscribers who pay as much as $15 a month for the privilege of running around in a fantasy role-playing online world with lots of monsters, men in tights, and sexy princesses. It debuted in 2004 and is still going strong — er, almost going strong.

I think Blizzard dropped the ball by trying to artificially extend the life of the expansion by making the game too hard for casual players. I got to the end of Cataclysm and started running heroic dungeons — suped up versions of the regular dungeons that are designed to be the next natural level of progression. They have better rewards that are more suited to their difficulty. And I was struck by just how hard those dungeons were.

Like, really hard. Ridiculously hard. Enough to make me start yelling at my screen.

It was enough to get me — a casual player — frustrated just about every time I attempted a new dungeon. Instead of getting excited about meeting new people I would furiously pore over their equipment to make sure they were up to par for the challenge, and I would end up leaving the group after we died the first few times. There are always exceptions — some groups were golden, and we would blaze through dozens of dungeons — but for the most part the end of the game was almost impossible to experience for a casual player.

The new expansion featured nearly as many new areas and dungeons to explore, but it only took half as long to reach the top level and start plowing through end-game content because the maximum level went from 80 to 85. That means that even as I found myself finally catching up with better equipment I would end up being hampered by players who had just reached the level and were doing the dungeons for the first time. Playing with people you don’t know makes the whole experience even more difficult — which was more painful as a casual gamer because my friends were not always available when I was finally able to sneak in a few minutes of play time.

I’m not shy about trying difficult content, either. Blizzard’s last expansion, Wrath of the Lich King, featured “hard modes” for bosses — and defeating all of them offered a speedy drake you could fly on and show off to everyone else. I blitzed through those levels with nine other friends around the same time the second raiding dungeon, Ulduar, was first released and we were able to take down even the hardest boss in the game at the time — a ridiculous scientist that hits you with robots and bombs you while the entire room is literally exploding beneath your feet. 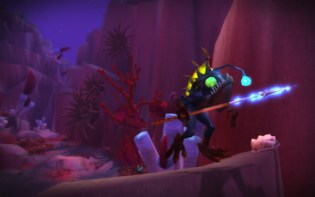 The problem, though, was that the next natural progression point — taking on even more challenging encounters with 10 to 25 people — was gated by this absurdly difficult stage. There was more than enough raiding content to look forward to — I was going to revisit Nefarion, an old nemesis from Blizzard’s first release that was a blast to take down. Not only that, but the boss battles have gotten better and better as the game has matured — to the point where you are jumping over spinning lasers or picking up powerful weapons and shields off the ground to fight one of the most powerful sorcerers in the Warcraft universe.

Blizzard has since made a number of tweaks to make that stage of the game less painful. Groups assembled with the “looking for group” tool get bonuses to the amount of damage and healing they can do and the difficulty has been toned down significantly. But even that isn’t really enough to get rid of the bad taste in my mouth and get me to sign up for the game again. That’s pretty unfortunate, because I thought the latest expansion as a whole was stellar and served a very different purpose — bringing in new players, not propping up old ones.

The company’s solution is to start releasing content more quickly, Morhaime said on Activision Blizzard’s earnings call. But I really think Morhaime is operating on a bad thesis, and that’s a snap judgment that will cost the company in the long run. Blizzard is known for holding onto games until they are certain they are ready for release — such as Diablo III, which probably won’t come out this year. Rushing more content out the door is going to end up alienating more players if it isn’t up to par with the rest of the game’s dungeons and raids.

The smoke has cleared, Mike. Just relax and hold steady. Give me — and everyone else — a reason to come back to the game by making another stellar boss encounter or legendary quest that I will want to go out of my way to experience.