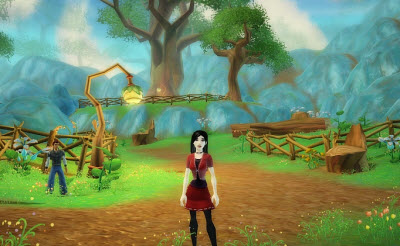 Sony Online Entertainment, the PC online game branch of the Japanese company, offered its 24 million gamers a deal to entice them to come back to its service once it fixes its outage. The deal includes free game time.

SOE is a sister company to Sony Computer Entertainment, whose 77-million-member PlayStation Network for the PlayStation 3 has been down for more than three weeks. By contrast, SOE discovered that it had been hacked on May 1 and has pulled its network down for the past 12 days. Sony Computer Entertainment is offering a deal to entice PSN users back, and so is SOE now. These giveaways will generate some good will for Sony, and, because they are virtual goods, the cost of giving them away is pretty low.

“We thank you for your patience as we continue to work around the clock to restore our game services,” the San Diego, Calif.-based SOE said in a statement. “We know this has been a frustrating time for you and appreciate your understanding as we work to confirm the security of our network.”

The company is still working on bringing its service back after the data breach, which may have exposed more than 12,000 credit card numbers to cyber theft. Sony says it is undergoing an extensive upgrade.

The offer will give all players 30 days of free game time added to the end of the current billing cycle, in addition to one day for each free day the system is down. Many games will offer in-game items (such as virtual goods) and special events to welcome players back once the services resume. The deal applies to SOE’s PC games as well as its PS 3 games (DC Universe Online and Free Realms are offered both on the PC and PS 3).

For lifetime subscribers, Sony will give away in-game currency. And Station Access subscribers will get 500 Station cash. SOE is also offering complimentary enrollment in the identity theft protection program of Debix in the U.S. SOE said that there was some overlap of the design between its game service for the PC and Sony Computer Entertainment’s PSN service. The attacks were similar, but it appears that this was not a second new attack. Rather, Sony discovered this attack on SOE’s servers later. SOE is emailing affected users.