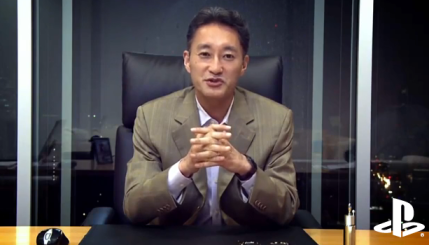 Parts of Sony’s PlayStation Network (PSN) have finally come back online in certain areas around the world — including the U.S. and Europe — after hackers were able to break into the network, forcing the company to bring it offline for nearly a month.

The announcement was made by Sony chief executive Kazuo Hirai (pictured), bringing an end to the torment of both Sony, PlayStation 3 and PlayStation Portable users everywhere that were kept in almost complete silence over when the network would finally be back online. The whole ordeal has been a huge black eye for Sony. The company took the network down right when two blockbuster titles came out — Portal 2 and Mortal Kombat. Both involved a lot of online content, including co-operative and competitive play. Hirai pledged that it has taken a number of measures to improve security.

The PSN’s downtime has given other online network operators a golden opportunity to reach out to Sony’s gaming audience, and many PlayStation 3 owners have exchanged their consoles for other gaming devices that still have access to an online gaming network. The PSN has around 77 million users and the company’s online gaming portal, Station.com, has around 24 million users. That means more than 100 million users were forcefully taken offline and kept in the dark for nearly a month as to when they would be able to play their games again. 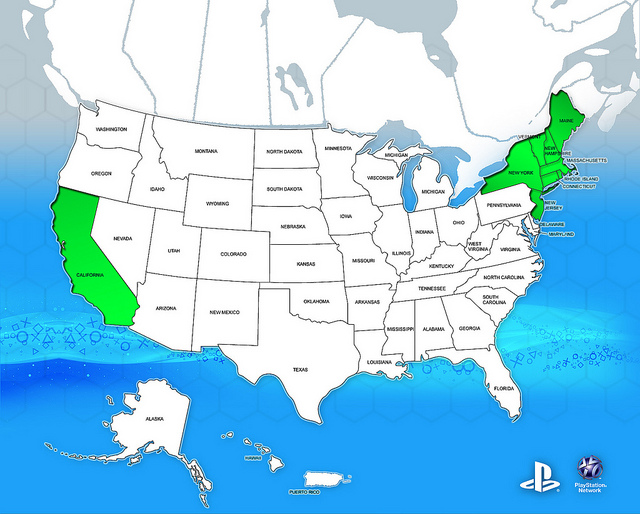 They PlayStation Store — where PSN users can go to buy games and other pieces of downloadable content — is still offline, as are some components of the company’s music service, Qriocity. But just about everything else, including online gaming and access to third-party services like Netflix and Hulu, are back online. Right now the PSN is available in New York, California and a few other states in the northeast U.S. — you can find a map of available states here. The current map is pictured above, with the network online for any green state.

“The service is being restored in phases, and I’m pleased to say that the first phase has now been launched around the world,” Hirai said in an announcement on the company’s website. “I can’t thank you enough for your patience and support during this time — we know even the most loyal customers have been frustrated.”

Sony will offering a “welcome back” package for all Playstation Network users. Hirai didn’t give exact details about what would be in the package, but he said that information would appear on the company’s site in the next couple of days. The package will likely include a free month’s access to the company’s premium online service, PlayStation Plus, as well as some games or movies, according to a leaked letter that went out to PlayStation 3 publishers.

Hirai was quick to note that there’s still a chance hackers could find a new way to break into the network — a pretty humbling statement after its network was taken offline for nearly a month. Sony was uncharacteristically quiet throughout the downtime, except to lay indirect blame on hacktivist group Anonymous — which typically rallies a group of loosely connected hackers under moral or political banners to take down large companies. Anonymous has routinely denied that it was involved in breaking into and bringing down the PSN.

“I wish I could tell you that technology is available to completely protect any company against cyber attack, but unfortunately the threat of cyber crime and data theft will continue to plague networks, companies, government agencies and consumers around the world for some time to come,” Hirai said in his announcement.