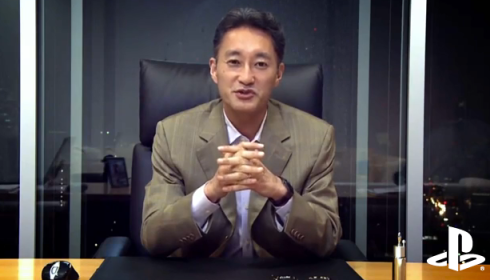 Sony is offering two free games and a host of other goodies to PlayStation Network (PSN) users to compensate for bringing its online gaming network and store down for nearly a month after hackers broke in and stole sensitive information.

The two free games are available for PlayStation 3 and PlayStation Portable owners and span a number of Triple-A titles that are part of the company’s “greatest hits” series. Those games retailed for around $60 when they first came out but have since seen a price drop to anywhere between $10 and $20 — so that’s not an enormous cost to Sony. The company is also offering a free month’s access to its premium services like PlayStation Plus and Music Unlimited.

Sony first announced that it was bringing the PSN back online late Saturday, gradually turning the servers on across the country. That ended a 24-day period where PlayStation 3 and PlayStation Portable owners were unable to download new content for their games and play their games online with other players. The downtime came at a critical time when two major releases — Portal 2 and Mortal Kombat, both of which prominently featured online play, came out and received an enormous amount of critical acclaim.

Sony was mostly quiet throughout the downtime, except to lay indirect blame on hacktivist group Anonymous, which typically rallies a group of loosely connected hackers under moral or political banners to take down large companies. Anonymous has denied that it was involved in breaking into and bringing down the PSN. Sony had to offer a hefty welcome-back package to win back the trust of its customers and gamers around the world.

The packages will probably appease a large number of console and handheld gaming device owners. But a lot of gamers — myself included — already own those Triple-A titles and they are not really worth as much as they used to be worth. So Sony might be shooting itself in the foot by skimping on the games they are making available for free to returning PSN users, considering that the biggest titles (LittleBigPlanet and inFamous) either already have a sequel or have one on the way.

The PSN’s downtime has given other online network operators a golden opportunity to reach out to Sony’s gaming audience, and many PlayStation 3 owners have exchanged their consoles for other gaming devices that still have access to an online gaming network. The PSN has around 77 million users, and the company’s online gaming portal, Station.com, has around 24 million users. That means more than 100 million users were forcefully taken offline and kept in the dark for nearly a month as to when they would be able to play their games again.

Here’s a full list of what PSN users are getting, all of which will be available for 30 days after the PlayStation Store (which is still down) is open again.

Existing PlayStation Plus subscribers will receive an additional 60 days of free subscription.

PlayStation Home will be offering 100 free virtual items. Additional free content will be released soon, including the next addition to the Home Mansion personal space, and Ooblag’s Alien Casino, an exclusive game.