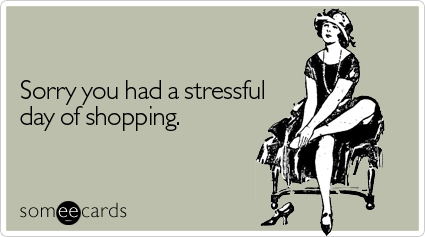 Although many are heralding the advent of “social commerce”, the biggest e-commerce wave of the last couple of years has in fact used the most basic Internet technology. Enormously successful deals companies such as Groupon, LivingSocial, and Gilt Groupe send simple e-mails. Users click through those emails to a single landing page whose only goal is to get users to hit “Buy”.

There is no innovative technology at play here, rather a simple email op-in that asks consumers what regions or products they are interested in when they join the mailing list. Although Groupon likes to tout its tipping point algorithm where a certain number of users have to purchase in order for a deal to happen, there is such volume that all deals go through, every time. Net net, nothing social going on here.

The social revolution has made brands think they can invert how people think. Sure brand ambassadors are great, but they are few and few between, and lots of people on Facebook “like” Lady Gaga. But people do not want to broadcast what they bought, they want deals brought to them.

Last summer , Facebook chief operating officer Sheryl Sandberg claimed that email was dead, but she must have seen the light when it came to the recently launched Facebook Deals service. Consumers are now so programmed to receive deals via email that Facebook had to also send its deals via email, not through Facebook’s countless viral channels such as the newsfeed, messaging inbox, and notifications.

There is now such a heavy volume of activity on Facebook newsfeeds that no one ever goes back in time to see what happened, so branded posts in your newsfeed quickly gets buried. Conversely, most people still scan through all of their email and can see that Groupon sent them a deal yesterday.

Facebook’s other commerce initiatives have all faltered. The MarketPlace classified ad feature is outsourced to Oodle and has not had much traction. Adding Facebook storefronts to brand pages is currently the rage, but in my experience people do not like deep engagement on a Facebook page, and prefer a quick in-and-out, much like they interact with friends. So Facebook
storefronts are more useful for promoting a few items rather than incorporating an entire store. The one shining star is the fact that Facebook got its gaming masses to adopt Facebook Credits as a mechanism for paying for virtual goods in games, mainly by strong arming game developers to support Credits.

Traditional commerce success is very important to Facebook. Most of its ads are sold to small local businesses, game companies like Zynga, and deals companies like Groupon and LivingSocial looking to acquire new users. In order to fuel its growth, Facebook needs to be able to close large large ad buys with national brands and retailers.

However, Facebook keeps insisting on atypical “social” ad units, such as sponsored stories. Things like retargeting already creep people out, when they see a shoe or a car following them around the Internet. And people decidedly don’t like when they are the object of retargeting like with Facebook’s sponsored posts feature, for example “Your friend Joe likes Home Depot! You should to.” Most Joes really don’t like that. Let’s face it, most people don’t like ads, and making ads social by including people in them is just creepy.

Even the omnipresent Facebook Like button is not helping retailers very much. Most products have too short a shelf life to accumulate many likes. In addition, very few people are clicking Like on a product since it is broadcast to all of their friends, and instead are are using the “e-mail to a friend” feature so they can ask a select set of people if they like an item. Email is really making Facebook miserable when it comes to e-commerce. No wonder Forrester and Goldman Sachs are questioning whether Facebook can make it in retail.

So what is working? Justin Kistner, a young product manager at my company Webtrends, came up with the idea of using Facebook Ads as the equivalent of an email campaign. We all initially thought he was insane, but in fact we found that it works enormously well.

Here’s how it works: Get a consumer to Like a retailer on Facebook through a Facebook ad campaign where the consumer gets a coupon in exchange for Liking the retailer, which is the equivalent of a traditional banner-ad-to-email opt-in campaign. The retailer can then buy low-cost ad units that target people who have Liked their page, and also those peoples’ friends who are likely to have an affinity for the retailer as well. In the campaigns we have run, these units get a 7x higher conversion rate than other Facebook ad units. Those ads then click through to targeted, simple landing pages on the retailer’s Facebook Page or website that convert into a sale.

Replicating the proven email opt-in, email send, and simple landing page experience to Facebook as a Facebook Page Like, cheap ad buy targeted to the page’s fans, and simple Facebook landing page works remarkably well. The Facebook ad is essentially an additional newsfeed element that is placed off to the right. Adding a one-click Facebook Credits “Pay” option, support for normal ad units such as skyscraper units on the right rail (like Facebook used to display from Microsoft), and deep analytics that track what happens after users click on ads would increase conversions even further.

Is it social? No. Does it poise Facebook as a great place for retail ads and as a payment platform? For sure.