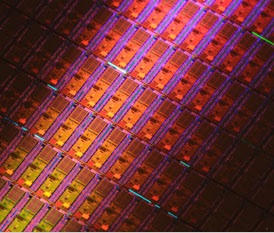 The world’s largest chipmaker Intel will make its way to smartphones early next year, the company’s CEO Paul Otellini revealed today to investors.

He also rejected the idea that the company would adopt rival manufacturer ARM’s technology for the mobile chipsets. He was sharing his vision at Intel’s annual investor event in Santa Clara, Reuters reports.

Getting to mobile devices is a big deal for Intel. The company is the dominant desktop and notebook chip manufacturer with 80 percent market share — but other players like Qualcomm and Nvidia dominate the fast-growing smartphone market.

According to Otellini, licensing ARM technology would just lower the company’s overall profits. Intel has invested heavily in mobile technology and is currently working with several smartphone manufacturers.  Intel’s latest chip in the Atom family, called Medfield, will be power efficient and powerful enough to compete in the fast-growing smartphone market.

Intel also demonstrated a new chip manufacturing architecture earlier this month. The Tri-Gate 3D transistor design allow the chips to be smaller than before and consume less electricity. Both are good selling points for mobile technology.