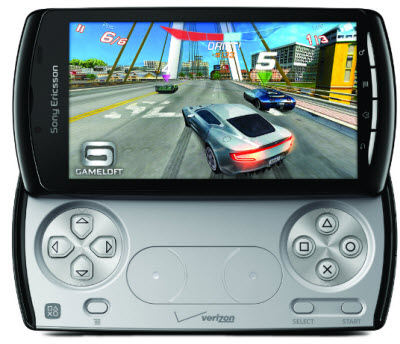 Sony Ericsson said today that its Xperia Play game phone will be available on Verizon Wireless starting May 19.

The new smartphone combines a standard smartphone with PlayStation controls for a better gaming experience than a typical smartphone would offer.

The Xperia Play uses the 2.3 Gingerbread version of Google’s Android operating system and comes preloaded with seven games. You can download more than 50 more games via Verizon’s VCAST apps. You can slide out the keyboard to use a game pad with a directional keypad, dual-analog touch joystick, two shoulder buttons and four PlayStation keys.

The phone is available for pre-order starting tomorrow and in stores on May 26. It costs $199 with a two-year service agreement. Sony Ericsson announced the phone in March, pledging to make a bunch of games available on it. Sony is also launching its NGP gaming device later.