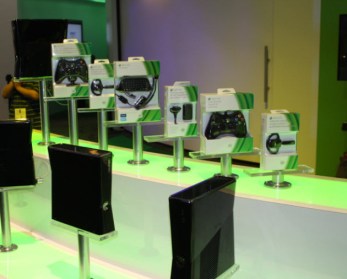 Great news for college students (and perhaps not so great news for parents): Microsoft announced today that it will offer a free Xbox 360 with 4 gigabytes of storage (a $199 value) to any student who purchases a Windows 7 computer for $699 or more.

It’s a smooth move for Microsoft, since it gets Xbox 360s into even more dorm rooms, gives students one more reason to go with a Windows PC instead of a Mac, and is a great way to get rid of its low-end Xbox 360 stock (the 4GB unit doesn’t come with a hard drive).

Even better, Microsoft is allowing students to purchase any Windows 7 PC over $699 — though it recommends a few specific models like the sexy Samsung Series 9 ultraportable.

Apple has offered students similar deals in the past by offering them a free iPod Touch. But by offering students a free Xbox 360, Microsoft will also ensure that it has a presence on their televisions. At this point, the Xbox 360 is more than just a game console — it’s an entertainment centerpiece thanks to its support for Netflix, Last.FM, and Microsoft’s Zune Market.

Students can take advantage of the deal by purchasing a PC in online stores including Dell, HP and Microsoft’s with their .edu school email address. Additionally, students can bring their school ID to Best Buy or a Microsoft Store to purchase their computers in person.

The offer will be available from May 23 to September 3 — which should give students plenty of time to pick their preferred computers. I also suggest students check in with their schools to see if they offer additional discounts on Windows 7 PCs. Most higher education IT departments offer discounts on computer hardware and software.