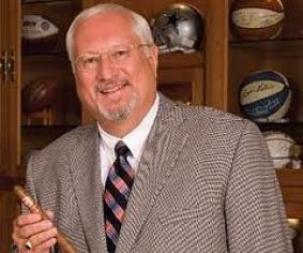 New Dish Network CEO Joe Clayton isn’t planning to sit still. After being named CEO on Monday, Clayton says Dish will continue with its somewhat unusual acquisition strategy as it pieces together a “new video model” to combat Netflix and cable/satellite competitors, the AP reports.

If this were any other company, I’d already have a headache from rolling my eyes. But after purchasing the ailing Blockbuster Video in April for $228 million, Dish is definitely in a position to combat Netflix — and perhaps even deliver something new entirely.

The company also recently purchased Hughes Communications for $2.1 billion, a satellite ISP, and DBSD North America for $1 billion, a satellite operator with some valuable wireless spectrum. Those purchases were made under the direction of previous Dish CEO Charlie Ergen, who has unsurprisingly garnered an eccentric reputation. Ergen will focus on Dish’s strategic direction as the company’s chairman.

Dish announced yesterday that new subscribers will get three months of Blockbuster’s disc rental service for free. But Clayton also admitted of the company’s strategy, “I don’t have it all figured out yet.”

Ergen two weeks ago likened the company’s acquisition strategy to an episode of Seinfeld, “where you didn’t know exactly where that show was going but it seemed to all come together in that last couple of minutes.” That’s not exactly heartening for Dish investors, but it sure does make reporting on the company fun.

Clayton reiterated that Dish aims to challenge Netflix in the realm of streaming video: “If I were them, I’d be watching what’s going on,” he said. “I’d stay tuned. Because no one’s going to have a monopoly on this, and I’m sure it’s not just our company that’s looking at trying to take a small piece of the pie from Netflix.”