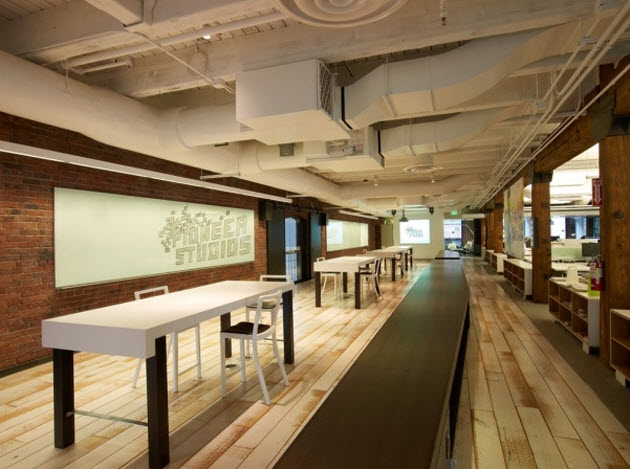 Three years ago, Microsoft opened its Pioneer Studios skunkworks operation to create cool new consumer technology experiences. The group was headed by J Allard, the executive who co-led the development of the Xbox and Xbox 360 game consoles. Now the company has shut down the division.

The shutdown says a lot about Microsoft’s failed attempts to match Apple’s prowess in design innovation. While Apple teams led by Jonathan Ive have designed marvels such as the iPad and iPhone, Allard’s teams came up with products such as the Zune music player and the shelved Courier tablet.

Allard left the company a year ago at about the same time longtime consumer tech executive Robbie Bach departed. But Allard had signed on in a consulting role to finish some projects. Still a Microsoft spokeswoman confirmed that Pioneer Studios no longer operates out of the sleek design office it opened near downtown Seattle. Many of Pioneer’s employees have moved to other parts of Microsoft, while others left the company, Cnet reported.

The Courier was one of a number of devices that appeared to chase innovations pioneered by Apple. Pioneer also worked on parts of Windows Phone 7 and the Kin mobile phone. Pioneer’s co-founder Georg Petschnigg, said in a video last October that the group’s mission was to incubate and develop new consumer experiences for Microsoft. The target was to focus on revenue opportunities that could generate more than $100 million in sales a year for Microsoft.

Allard was a controversial character at Microsoft, but he did lead some talented teams that gave birth to Microsoft’s multibillion-dollar console video game business. Microsoft is a huge company and is often stifled by its own bureaucratic processes. One of Allard’s big successes was convincing Bill Gates not to use the full Windows operating system in the original Xbox game console. Game developers wanted a streamlined operating system instead that allowed them to run games as fast as possible. That turned out to be the right approach and it helped Microsoft win over game makers to its console.

Pioneer was supposed to cut through the red tape and allow engineers to be creative. It opened its office in Seattle’s Pioneer Square so that it could operate well outside of the software giant’s headquarters in Redmond, Wash. Pioneer’s 36,000-square-feet office space was big enough to support 120 employees.

While Allard had some monumental failures in taking on Apple, it isn’t clear who can take over the job of assembling and inspiring talented teams to create cool new products.