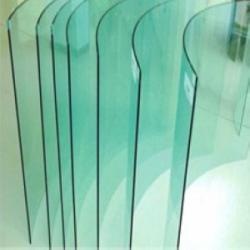 Apple’s unannounced iPhone 5 smartphone has been the subject of much speculation, including a rumor today that Apple will adopt a curved glass cover for its next generation model.

DigiTimes reported that Apple has purchased 200 to 300 glass-cutting machines that can be used by glass makers to build the covers. The machines have a high capital cost and so Apple had to finance the purchase in order to ensure an adequate supply. The glass-slicing machines are reportedly being stored at assembly plants and will be brought into full production once the yield rates (number of good products compared to the total number produced including duds) are satisfactory.

Apple has not announced the iPhone 5, so there is no timetable available for when the curved glass has to be in mass production, DigiTimes said. Since Apple has become a huge producer of consumer devices, it has to line up its suppliers well in advance of shipment dates for its newest products.