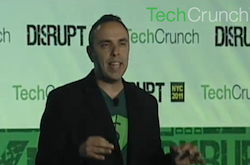 New startup BillGuard is betting there’s a market for people who would like an extra set of eyes monitoring their credit card statements for scams, billing errors, unauthorized charges and anything else that seems odd.

The company, which made its public debut at the TechCrunch Disrupt conference in New York City Monday, touts its services as “antivirus for our bills” because it scans each credit card transaction and sends out alerts for all questionable charges.

BillGuard identifies those questionable transactions using the same automated tests credit card companies use to determine fraud, scouring the web for trends and crowdsourcing transactions flagged by other BillGuard users.

Many banks offer online services that show you detailed information on each transaction made, but that information isn’t always easy to parse. BillGuard’s interface helps make sense of transaction data points and groups them to show what’s safe and what’s questionable (as shown in the image below). It also gives its users statistics and a detailed description of the merchant for each transaction. 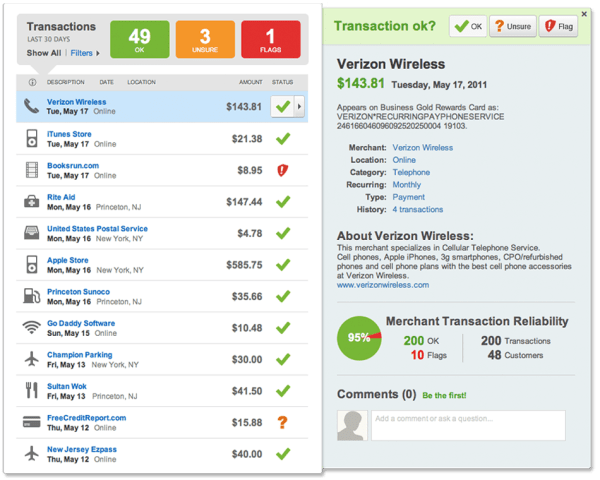 While some people might be scared off at the idea of allowing a third-party in to manage their financial security, BillGuard seems pretty low risk. The site doesn’t store credit card data on its servers and has read-only access to credit statements. So, users can’t actually make changes to their credit accounts from BillGuard. They can only view and manage activity that’s been made.

The startup has $3 million in funding and has entered into partnerships discussions with some major banks and identity theft companies, according to TechCrunch.

Check out the video embedded below for the company’s official demo.