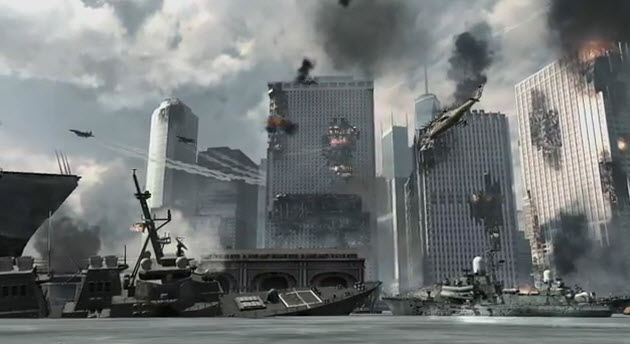 Activision Blizzard released its not-so-secret revelation today: a trailer for its next blockbuster game, Call of Duty Modern Warfare 3, which debuts Nov. 8. The video game is the latest installment in a multibillion-dollar franchise that has shattered all records for best-selling games of all time. 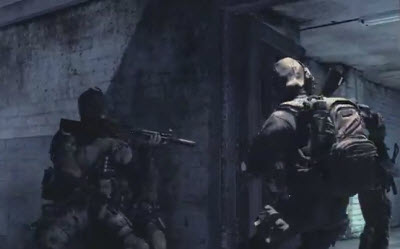 The first-person shooter game is being made by Activision Blizzard’s Infinity Ward and Sledgehammer Games studios. Last year’s Call of Duty Black Ops game sold more than $650 million worth in the first five days of sales last fall. The trailer shows disturbing scenes of some of the world’s biggest cities — Manhattan, Paris, and Berlin — in ruins as soldiers fight through the streets in intense gun battles.

The trailer, which leaked out, shows that the company’s game developers are planning on delivering over-the-top combat experiences as they have done every year. Modern Warfare 3 is the third installment in Call of Duty’s modern combat tour, with scenes set in urban jungles such as Manhattan. It is the first version of Modern Warfare created after the founders — Jason West and Vince Zampella — were fired in a legal dispute with Activision’s chief executive Bobby Kotick. Kotick’s mission is to show that the company can weather the departure of the founders and many talented developers without a hiccup in the annual release schedule. 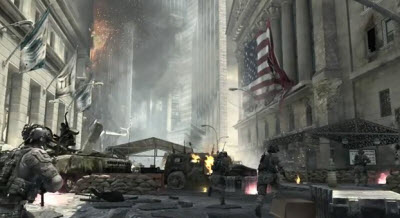 The scenes show a wide variety of combat scenes, including firefights in front of the New York Stock Exchange, tank battles, launches of nuclear missiles, underwater divers, helicopter gunship duels, battles on subway trains, and other urban places that are transformed into fighting nightmares. Various pieces of the game’s content have leaked out in recent days, but Activision Blizzard started officially teasing the game on May 16. The new trailer is the first look at the game play.

The trailer says simply, “It doesn’t take the most powerful nations on earth to create the next global conflict — just the will of a single man.”