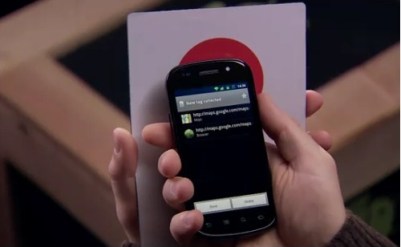 After countless rumors and reports, Google is apparently gearing up to unveil its mobile payments platform on Thursday at a New York City event, reports the Wall Street Journal.

The service would let consumers pay for purchases with their phones, but it could also be used to redeem coupons and stack up loyalty points, assuming their phones are equipped with NFC (near-field communications) chips like Google’s recent Nexus S smartphone.

According to the WSJ, Google will show off new phones with NFC technology at the event. The company will launch the program first in New York City, San Francisco, and a select few other locations (as we reported in March, Google has been testing it in NY and SF). Launch retailers will include American Eagle Outfitters, Subway and Macy’s, all of which will have NFC terminals at checkout, sources tell the paper.

Google, not surprisingly, will also open up the payment platform so that developers will be able to implement NFC technology in their apps. Instead of relying on your monthly credit card statement, you’ll be able to track your purchases in real-time — one of the biggest benefits of using NFC-enabled phones over credit cards.

We’ve seen arguments both for NFC and against it here at VentureBeat, and while it may be getting a tad over-hyped at the moment, there’s no denying that the technology will finally have its chance to shine throughout 2011 and 2012. With smartphones becoming increasingly ubiquitous, and consumers relying on their phones to do more, it seems like there’s finally a perfect storm for NFC to take off, after languishing for years.

It’s still unclear if Apple will adopt NFC in the upcoming iPhone 5 (or iPhone 4S, or whatever), but we do know that RIM is aiming to include the technology in upcoming devices. There still isn’t a unified mobile payments platform out there, so it’ll be interesting to see if Google can convince other companies to adopt its system.