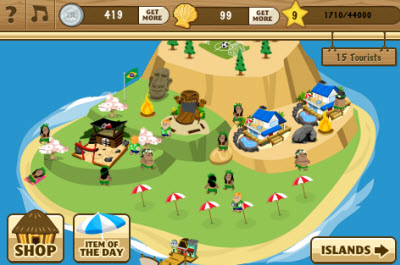 TinyCo raised $18 million in February to expand its mobile game business on the iPhone. Now it is spreading the wealth around by launching a $5 million fund to bankroll mobile game developers.

The idea behind the TinyFund is to invest money in developers who can make games that San Francisco-based TinyCo, one of the most successful new mobile game startups, can publish.

Within the past year, TinyCo has launched five top-grossing iOS (iPhone, iPod Touch, iPad) games including Tiny Chef, Tiny Zoo and Tap Resort. Those games have generated more than 20 million downloads, and that has given TinyCo some serious distribution power, which may explain why uber-investor Marc Andreessen’s venture capital firm, Andreessen Horowitz, invested the money in the company back in February. 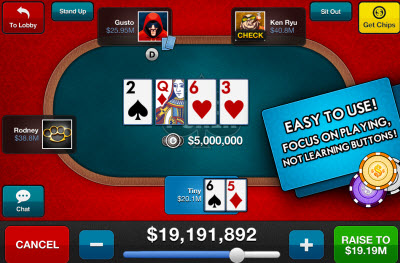 With 500,000 iPhone apps in the App Store, it’s very easy for developers to launch apps that get lost. Those developers need to hitch their apps to a publisher that has distribution power, like TinyCo., if they want them to take off. Meanwhile, TinyCo needs more apps from third-party developers so that it can keep its download frenzy going strong. It’s symbiotic.

TinyCo is now in the position of raising money from the venture capital firm and spreading it around to others. TinyCo says it will consider proposals from developers around the world and in all stages of projects, from early concepts to completed games. TinyCo is prepared to offer monetary assistance up to $500,000 per title to game developers and offer marketing, development and business assistance as needed.

“There are some amazing mobile games being developed right now, but due to lack of funds or industry experience, many of these outstanding titles will never be played by the public,” said Suli Ali, co-founder and CEO of TinyCo.  “TinyCo is proud to offer the TinyFund to empower top gaming talent with the tools they need to realize their dreams of creating successful games.”

Ali said that the days are gone when a great game was all you needed to generate downloads. Now developers need marketing money and business know-how. TinyCo can promote the games to its users. Developers can submit proposals here.

TinyCo was founded in 2009 by Ali and Ian Spivey. The company has more than 50 employees.