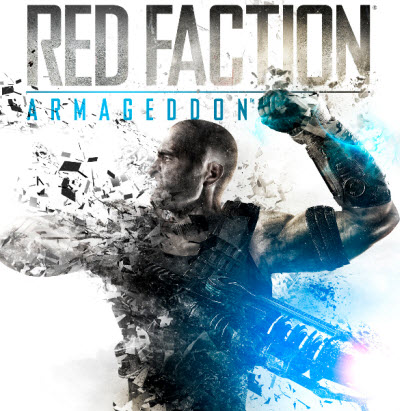 OnLive will get the exclusive PC demo of Red Faction Armageddon, marking the first time that any major new video game will be available only to PC gamers through Onlive’s cloud gaming service.

That may not sound like a big victory. But OnLive, the games-on-demand service, has labored long to get the inside track with game publishers by pitching its ability to merchandise games in non-traditional ways. The Red Faction Armageddon demo shows that the publishers see value in giving an exclusive to OnLive.

THQ’s Red Faction Armageddon game debuts on June 7 on the PC, PlayStation 3 and the Xbox 360. So OnLive players will be able to try out the sci-fi action thriller game 12 days before the game is available.

The announcement comes on the heels of OnLive’s announcement a couple of weeks ago that it was adding high-quality games such as Borderlands to its PlayPack subscription library, which is akin to Netflix in that it gives gamers access to dozens of games for monthly subscription fee ($9.99). Steve Perlman, chief executive of OnLive, believes that these announcements show publishers are seeing success with OnLive’s business approach and want to cash in on it more. He says this is the beginning of a number of similar exclusives coming soon.

OnLive has been releasing major game titles on its online service on the same day as launches on the PCs and consoles. But OnLive says the Red Faction Armageddon deal marks a new distribution option, since anyone can try the game out using a low-end computer, laptop, Mac, or netbook. They can play the demo, decide if they want the game, and then proceed to pre-order it on the platform of their choice.

While OnLive has been releasing new major game titles on the same day as PCs and consoles, Red Faction Armageddon marks the beginning of a new era in video game distribution, where OnLive’s ability to provide an instant, frictionless demo on almost any PC, Mac or HDTV (and soon mobile device) makes OnLive the universal demo platform of choice. Demos on the PC are usually a hassle, since users have to download the demo before they can play it, and they have to make sure their PC is capable of playing it.

The cool thing about this kind of demo is that the game play is instant. Users click on a link in a Facebook page or a tweet and go directly into the OnLive demo. Users can play within a minute, after a brief and free sign-up. OnLive is selling the game for $49.95 and will bundle it with an OnLive Game System, which lets users play OnLive games on a big-screen TV. When Red Faction debuts on June 7, users will be able to immediately play their purchased game online. That’s pretty friction free.

“Today marks a milestone for the video game industry,” said Perlman. “Not only is this the first time a major game pre-release PC demo is available exclusively from OnLive, but it’s the first time a game platform is encouraging gamers to buy a game on their preferred platform, whether or not that is OnLive.”

Perlman said that it will be interesting to watch who checks out Red Faction Armageddon on OnLive from other platforms such as the game consoles. On Xbox 360, the Red Faction Armageddon demo is going to be a 850-megabyte download, which takes a considerable amount of time to download on an average broadband connection.