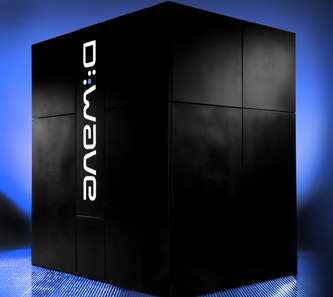 Unlike computers based on transistors, quantum computers rely on principles of quantum mechanics to conduct operations. The computers take advantage of properties like entanglement — when two particles have the same properties and behave identically while being separate — and storing data with “qubits,” or quantum bits. Typical bits store memory by registering an “on” or “off,” or a one or zero, while qubits can represent information as both memory and the state of entanglement with other particles.

The quantum computer uses a system of 128 qubits, which means the computer will be able to solve more complex problems than traditional computers at a much higher speed. The computer is able to tackle computing-intensive problems related to number theory and optimization. One example is Shor’s Algorithm, a quantum algorithm that determines the prime factors of a large number quickly and efficiently. Given enough qubits, a quantum computer can use Shor’s Algorithm to break modern encryption algorithms like RSA encryption, a type of public-key cryptography.

The computers can theoretically be significantly faster than regular computers and can solve much more complex problems. They could also lead to new kinds of encryption methods and security algorithms to secure data and model more complex systems — such as emulating how enzymes in the human body work and modeling more complex biological systems.

D-Wave was founded in 1999 and calls itself “the quantum computing company.” It is selling the computer, called the “D-Wave One,” for $10 million per computer. The company will also perform maintenance on the computer and other professional services.