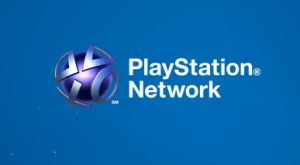 After a staggeringly long down time, gamers in Asia will finally be able to access Sony’s PlayStation Network again, according to CNET. Starting tomorrow, users in Japan, Taiwan, and Thailand, along with other countries, will be able to use the PSN and Sony’s Qriocity services again.

The PlayStation Network, which lets gamers play simultaneously around the world, has been down since April’s worldwide network attack by hackers. Gamers in the U.S. and Europe were let back on the network two weeks ago.

Japan’s government had a hand in making sure the PSN was not relaunched without taking steps to ensure a security breach wouldn’t happen again. A Japanese regulatory official was quoted in a Dow Jones newspaper as saying Sony must take preventative measures and find ways to regain consumer confidence.

So far, only U.S. gamers have been offered protection from Sony to avoid identity theft. The company recently made good on its promise to give free identity theft protection to all U.S. users of PSN and Qriocity.