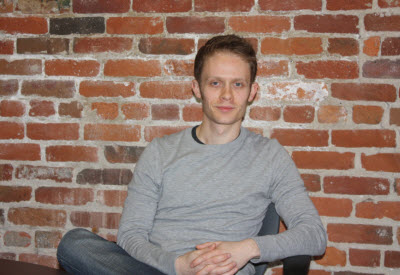 Sometimes, youth and inexperience can be a great advantage. Pocket Gems is a new breed of game company that was born in the era of free-to-play games on smartphones. And that’s why Daniel Terry, chief executive of the young San Francisco company, thinks it can be a winner.

Older game companies are bigger and more experienced at making mobile games. But Terry said in an interview that Pocket Gems was born at the right time in the fall of 2009.

“To win on mobile, it has to be the focus of your business,” Terry (pictured right) said in an interview. “Mobile is absolutely the fastest-growing game business now. Huge businesses are going to be built on mobile.” 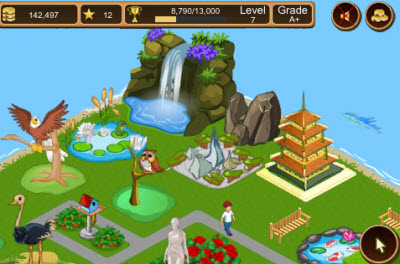 Terry thinks the growing interest in mobile games isn’t a sign of a bubble. Rather, it reflects real growth, he said, inspired by a big change in the market. Just as Pocket Gems started, Apple launched its in-app purchase system, which allowed gamers to buy items from within a game. That enabled the free-to-play business model that worked so well on Facebook for Zynga. Users can download and play a game for free. But they can pay real money for virtual goods inside the game.

Three of the company’s iPhone games have shot to the top three ranks on the Apple App Store. Now the company has a loyal group of followers and can more easily launch new games for this crowd. This consistency is one reason the company was able to raise $5 million from Sequoia Capital in December.

Pocket Gems was founded by Terry and Harlan Crystal while they were at graduate school at Stanford University. They created their first game, Tap Farm, while they were still in school. After it took off, they formed Pocket Gems. Terry says the team tries to design games that have high engagement and broad reach. Besides Tap Farm, the games include Tap Store, Tap Jungle, Tap Zoo and Tap Zoo Christmas. Tap Zoo is more than eight months old, but it’s still monetizing. And Tap Pet Hotel (pictured below) just broke into the top 25 games of April. 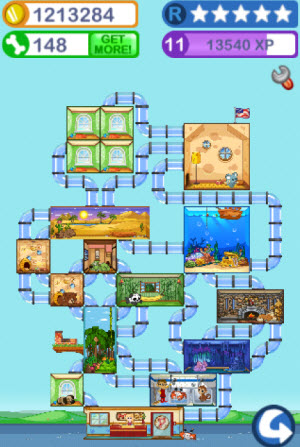 With more than 500,000 apps in the App Store, it’s easy to get lost. To come up with one hit after another is certainly against the odds. There’s lots of mobile game competitors, such as Electronic Arts, Zynga, TinyCo, DeNA-Ngmoco, Digital Chocolate, Glu Mobile, Backflip Studios and others. But Terry says that focus will help win the war.

“We think it comes down to our game design philosophy,” Terry said. “We obsess over details and hand craft everything.”

While other game companies started making games for the iPhone much earlier, Terry believes that Pocket Gems got the free-to-play elements right, so that its games become popular and monetize well. The games are bite-sized pieces of entertainment, where you play for a short time but come back to the game over and over again.

Terry says that the company has now grown to 31 people and hopes to have 60 by the end of the year. The added staff will allow Pocket Gems to expand into Android games. Terry says the company wants to reach a broader audience. Pocket Gems is also looking at making games for the HTML5 web standard so that its games can run on more platforms more easily. But it won’t do so if it means a trade-off in the performance of the game.

The company is trying to focus its culture around doing the best mobile engineering. By focusing on having a good team, the company hopes to survive any shakeout as mobile game developers begin to consolidate. One challenges the company faces, though, is finding enough people to hire in San Francisco, where a social media boom has everyone scrambling to hire good engineers. Over time, the company expects to grow overseas.