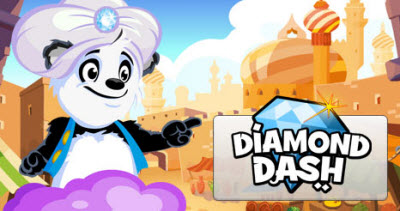 Wooga says it has become the fastest-growing social game developer on Facebook, and the company announced today that it has raised $24 million in a second round of funding.

The funding shows that social gaming is still hot and that it’s possible to raise money to compete with the likes of Zynga, as long as you’ve got a fast-growing company. Just last week, Facebook social game maker Kabam raised $85 million.

The Berlin-based company has more than 30 million monthly active users on Facebook, with more than 70 percent of those women. Highland Capital Partners led the round and Tenaya Capital, Balderton Capital, and Holtzbrinck Ventures also participated. Fergal Mullen, general partner at Highland, will join Wooga’s board.

Wooga stands for “world of gaming.” Its popular titles include Monster World, Diamond Dash and Bubble Island. The company was founded by chief executive Jens Begemann two years ago and currently has 85 employees.

“When we started the company, everyone told us the competition was too intense, we would never make it. And now — two years later — we have three games in the top 20,” Begemann said.

Wooga is the only company besides Zynga with three games in the top 20 on Facebook. Begemann said the company plans to grow to 150 employees by the end of 2011 and that Wooga’s 10-year vision is to build one of the world’s largest game companies by 2020, with titles targeted at 100 percent of the population.

Millions of users play an average of 20 minutes a day with Wooga’s games.