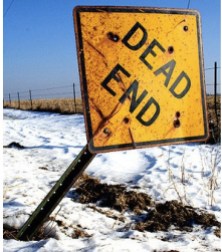 Bjoern Lasse Herrmann is a co-founder of Blackbox, which runs a startup accelerator program and Startup Genome, a research and development project for uncovering the mechanics of startups.

Two months ago, my team at Blackbox set out on a mission to crack the innovation code of Silicon Valley and share it with the rest of the world. Now we are releasing a report based on the results of our first survey. We want to thank Sandbox, FastCompany, Inc., ReadWriteWeb, Hackernews, youngupstarts, Yourstory.in and many more who helped us spread the word and gather a total of 650+ survey results. And a special thank you to all our fellow entrepreneurs who shared information about their company for this cause.

Here is a sneak peek of our results, showcasing 7 signs of failure:

1. Not Working Full Time
If you decide to start a company, don’t do it half-hearted. Creating something from nothing is hard. Succeeding almost always requires going all in. Temporary moonlighting is permissible but significantly curbs performance and potential.

Many times we hear people say they will work half time until they have raised money. Here you can see that people who work half time are able to raise money, but about 24x less than founders who go full time. They also have trouble building up the intensity required to drive the user growth needed to validate interest in their product. Working full time is especially critical for startups with a product that requires critical mass to be valuable. 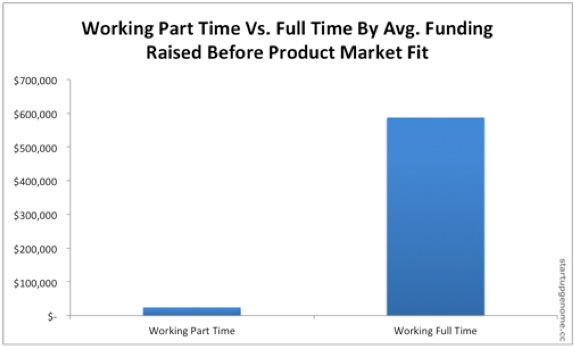 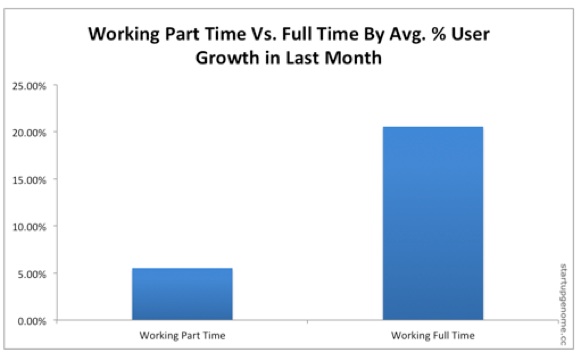 2. Solo Founder or 4+ Founders
If you make the commitment to go full time, your first big challenge is to convince someone else to join your company who will fully commit to making the company successful. If you can’t convince at least one person to join you, or you believe you can do it all yourself, it is a strong signal the company isn’t likely to succeed. However, trying to find safety in numbers by having too many people to join the founding team doesn’t turn out very well either. The right number seems to be a founding team of two to three people.
●    Solo founders raise less than 50% of what 2-3 founders raise. One reason for this is that during fundraising, solo founders are now forced to split their time and attention between the product, the business and raising money.
●    Solo founders have 290% less user growth and are 16% more likely to scale prematurely than founding teams of 2-3.
●    More than 42% of the startups that are moving more than 20% slower than the average time needed to reach the scale stage are solo founders. 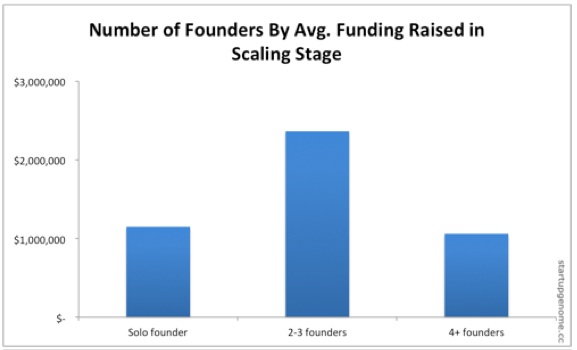 3. Don’t Have a Technical Cofounder
If you start a technology company and nobody on your team is technical, you are unlikely to succeed. Unless the company is in a very sales-intensive market, the founding team should be at least 1⁄3 technical, 50% ideally. However, too many cooks in the kitchen are not good either.

The first problem you have by not having someone technical as part of the founding team is that you do not have anyone who has full ownership of the product. The business founder doesn’t own the product because they don’t understand the code, and the employees or consultants don’t own the product because the company is not theirs. As a result, companies with no technical cofounder are almost twice as likely to scale too early. They also have 3-5 times less user growth on average and need 7-8 months longer to reach the scaling stage. 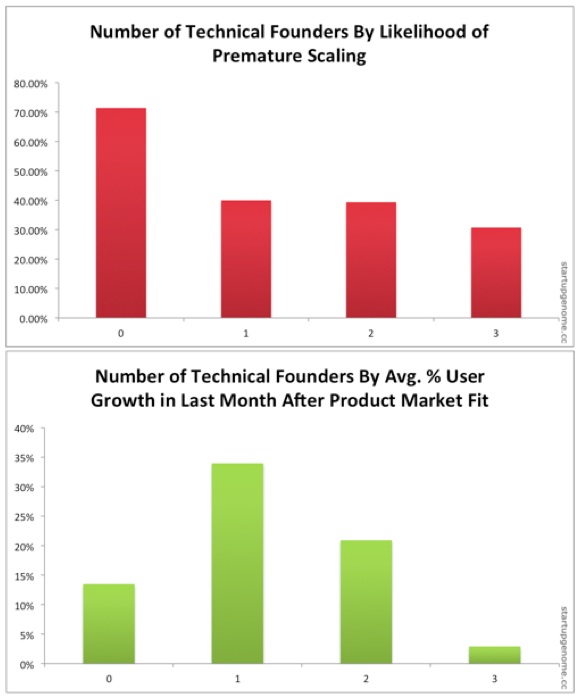 4. Wrong Founding Team Composition for the Wrong Type of Startup
Once you’ve found your team, you should make sure to tackle a market and build a product that suits the strength of your founding team.

We identified three major types of Internet startups with various sub-types. They are segmented based on how they perform customer development and customer acquisition. Each type has different time, skill and money requirements. 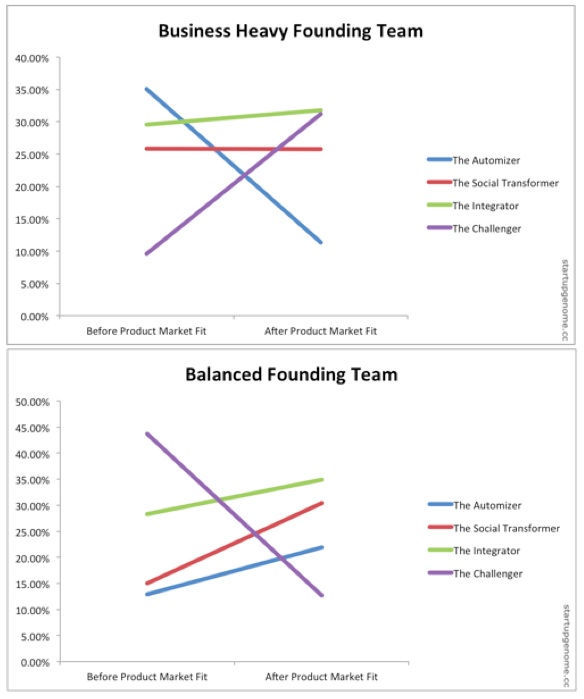 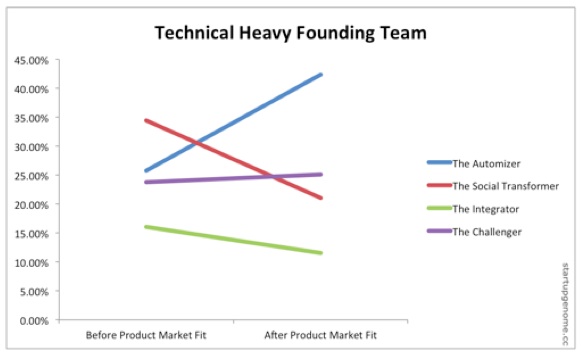 5. Don’t Pivot at All or Pivot Too Often
If you have finally found the perfect founding team and a product and market suited to your team’s strengths, your next big challenge is having the determination to make your vision a reality while being flexible in how this is achieved. The chances that you will need to modify some significant aspect of your business is very high. When real-world feedback shows you that something isn’t working, you need to adapt. However, changing your business too frequently will leave you running in circles. We have found that founders who pivot 1-2 times have 100% more user growth and are 48% less likely to scale prematurely. (We told founders to consider a pivot a major change in their business.) 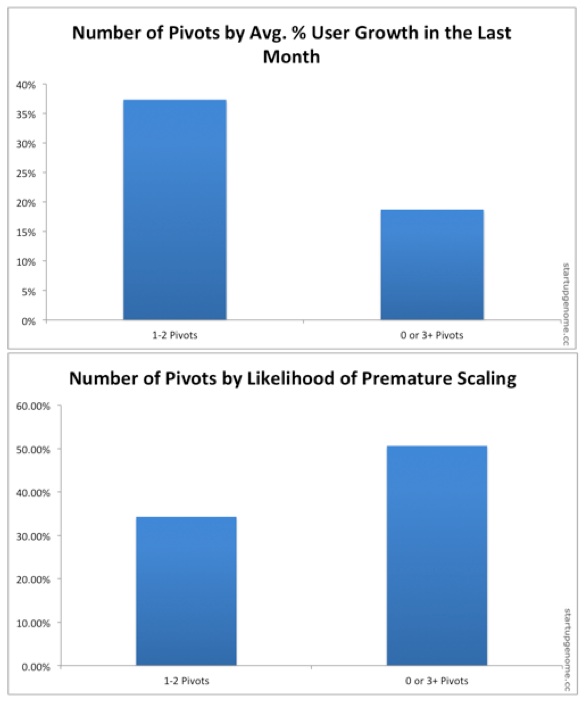 6. Don’t Listen to Customers
Pivoting is almost always a decision that is made with incomplete information and under conditions of extreme uncertainty. But taking the time to gather feedback by interacting with customers significantly increases the odds of making a good decision. We have found that startups that track their metrics and listen to customers have 400% more user growth. 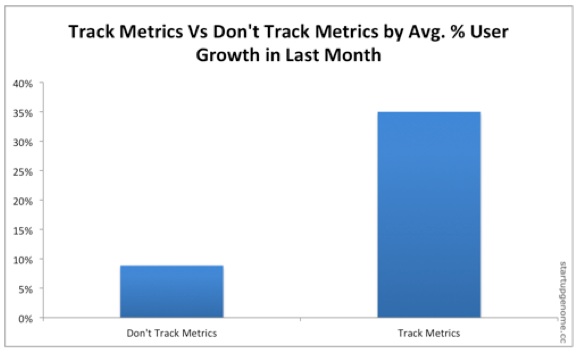 7. Scale without Validating Market
Lastly, one of the most critical mistakes we found is that founders get too anxious about making progress and scale their company prematurely, before validating their market and streamlining their customer acquisition process. If they have raised a lot of money or have a lot of determination, the result is typically a slow death. If they have neither, then a speedy death is likely.