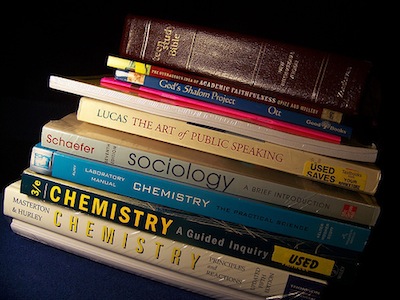 Chicago startup Watermelon Express has been building educational apps since 2009, but now it’s pursuing a new strategy and giving itself a new name to match — BenchPrep.

Under its previous model, Watermelon Express worked with educational publishers like McGraw Hill and John Wiley (which publishes the CliffNotes series) to build standalone apps for interactive textbooks and test prep material. Chief executive Ashish Rangnekar told me that the company currently has 75 apps in Apple’s App Store, but it decided that offering a single, free app (called BenchPrep, where users can browse the entire BenchPrep library and purchase whichever titles they want) made more sense.

There are already some higher-profile textbook startups on the scene, including iPad-focused Inkling and Kno, which reportedly shifted focus from building its own tablet to building software. Inkling seems particularly similar, since it also asks students to download a free app then purchase books within that app, and since its founder and chief executive Matt MacInnis has also emphasized its interactive capabilities.

However, Rangnekar highlighted two main differences. First, he said, “Our definition of content is much broader than the textbook.” Even though most of BenchPrep’s initial content involves preparation material for standardized tests like the SAT and GRE, Rangnekar said it will eventually include a broad spectrum of books, presentations, videos, and more. Second, the company isn’t just focused on the iPad — its apps will eventually be available on the iPhone, Android, iPad, and Web browser.

BenchPrep is backed by Lightbank, the fund launched by Groupon co-founders Eric Lefkofsky and Brad Keywell.